The media have gone to every length to shut down or cover up this story. The recall of Josh Newman was another political earthquake in California's political history. The last time a sitting state senator was recalled took place more than a century ago!

This is big, but the local and statewide liberal media don't want to talk about it.

So, let's fill in the gaps and do what they should but refuse to do! 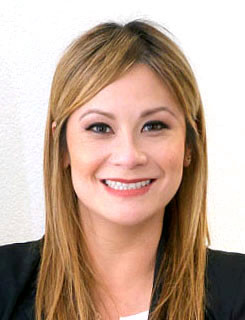 Dear Delegates,
Today is a very special day in the life of our California GOP. At 1:00 pm this afternoon, Senator Ling Ling Chang was sworn in on the Senate Floor by the Chief Justice of California.
Senator Chang is the 14th GOP senator, which means we have officially eliminated the Democrat’s super-majority in the California Senate.
With help from the Los Angeles County GOP, the Orange County GOP, the San Bernardino County GOP and the California GOP, Senate Republicans have continued to fight to elect Republicans to the state Senate and to block the ultra-liberal agenda of the Democrats who control Sacramento.
In Nate Silver’s book: "The Signal and the Noise," Silver makes the case that too often predictions fail because people miss the signal while they are paying attention to the noise.
Well there is a lot of noise in California right now. But if observers are looking for a signal, the recall of Democrat Senator Josh Newman and the election of Senator Chang is surely it.
Josh Newman was a deciding vote on the gas tax increase. Local citizens gathered recall signatures in record time. The Sacramento Democrats, afraid at the rapid pace of signature collection, changed California’s laws not once, but twice, to give Senator Newman more time to make his case in his district.
The Jerry Brown-controlled Fair Political Practices Commission (FPPC) also tried to give Senator Newman an advantage by eliminating the limits on contributions he could receive. Then, the special interests that benefited from the gas tax gave him almost $1 million in campaign contributions–this was in addition to the millions of dollars that the California Democrat Party and other special interests spent in support of him.
But the voters of his community were not to be denied. When they finally got a chance to vote, 91,433 voters (58.1%) said enough is enough. If that is not a signal amidst the noise, I don’t know what is.
California is controlled by the Democrats. Their record is higher taxes, more crime, increased poverty, soaring housing costs and the creation of low-paying jobs to replace the good jobs leaving the state.
As we head into the November elections, let us remember: The Democrats own the state. They broke it, and Republicans are the fix!
Sincerely,