The movement to take back California is picking up steam like never before.

First, the recall of Josh Newman was a rousing success.

Now, the official initiative to repeal the odious gas tax is on the ballot for November.

I don't care how many public projects are taking place (or rather, space) all over the state's highways and byways. There has always been enough money to fix our roads, but Sacramento politicians wanted more for their pet projects, special interests, and of course the illegal aliens. 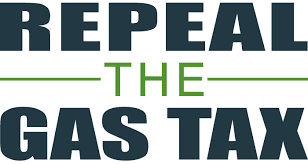 Thank God that more people are activating their power as citizens to stop this insanity.

Can't wait to repeal the hikes on our gas and the car registration fees.

Here's the latest from Carl De Maio's campaign to repeal the gas tax?

WE DID IT!! Late yesterday we received the official notice that the Gas Tax Repeal Initiative has officially qualified for the November ballot!

So what happens next, you ask.

It’s simple: We mount the most aggressive grassroots campaign California has seen since the passage of Prop 13!!

As you can see by our success so far with the Recall of Josh Newman and the Repeal Initiative signature drive, we are following a disciplined, methodological strategy for what we do. However, we need the funds to carry our strategy out and win.

Please help us get ready for this tough Gas Tax Repeal campaign by contributing what you can today. Here’s the secure link.

Remember, Gov Jerry Brown has millions to throw against us in false and misleading ads. We need to be ready to get the truth out about how much the gas tax costs working families and how the politicians can divert the funds away from roads!

Thank you for sticking with us and helping us produce these successes! It is driving the Sacramento politicians nuts!!

The fight is far from over, of course. Getting rid of Josh Newman took a lot of work from thousands of people all over the state. Now, we need to get rid of this awful gas tax, and then we can target other "undocumented" politicians who raised our taxes to fund Sacramento's insatiable demand for our money.
Posted by Arthur Christopher Schaper at 10:44 AM