The El Segundo City Council has finally seen the light, the light of limited government that does not pawn off expenses on successful corporations.

The Council may not have yet mustered the political skill to curtail the outrageous pension liabilities that threaten to bankrupt the peaceful community south of LAX, but at least they have rescinded the option of floating a foolish tax hike that would harma local and very national business in the city's backyard. 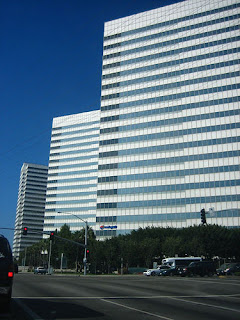 Instead of trying to raise revenue, the El Segundo City Council needs to cut spending, cut entitlements, and cut any other unnecessary fiscal outlays. Like many, I respect the role of public safety officers, but local representatives, who receive a stipend to serve their communities, must step up and cast votes that represent the needs of the current community and future inhabitants, not just placate powerful public unions.

I look forward to seeing more people living and thriving in the South Bay, including El Segundo, where wealth and prosperity are not an impediment to any, including those who create and invest it. I just hope that the voters there and throughout the region will pay attention and hold their local leaders accountable to support business, foster thrift, and limit local government to defraying the costs of the bare essentials needed for a city to run smoothly.
Posted by Arthur Christopher Schaper at 9:07 AM