“Roseanne” Reboot Gets the Boot: Here’s The Real Reason Why

I just watched some reruns of the original “Roseanne” series this weekend. The comedienne, of Jewish descent but born in the heart of Mormon country, had a wry yet down-to-earth sense of humor. She was the one lady comic that made my mother laugh, even if her jokes were a little off color sometimes.

Her career resurrected this year to massive acclaim. It started with Sara Gilbert, one of the child actors on the program, who reached out to Roseanne to see if she wanted to produce a Roseanne reboot. She was willing to do it, as long as John Goodman and the rest of the original cast were on board. The first episode was a monumental success.

Yet within two months it’s all come crashing down because of a bad tweet. Last week, she considered giving up Twitter because of the rank anti-Semitism on the platform. Perhaps she should have followed her own advice and spared herself the sudden downfall which has overwhelmed her.
Then again, is this fallout really justified? What is really going on here?

She made an insensitive joke about Valerie Jarret, the former senior advisor to President Barack Obama. On her Twitter feed, Roseanne tweeted:

Muslim brotherhood & planet of the apes had a baby = vj

Jarrett is a Muslim. Does she look like a monkey? Ugh, who really cares at this point? Was Roseanne’s joke insensitive? Yes. Bad taste? Sure. But Racist? Now we’re getting into some murky territory.

Racism is defined as “prejudice, discrimination, or antagonism directed against someone of a different race based on the belief that one's own race is superior.” Never has Barr suggested that she’s better than others because of her skin color or ethnic background. Are we ascribing “ Racism” to words themselves, now?

Trump’s campaign and Presidency were billed as triumphs over this kind of knee-jerk outrage culture which has overwhelmed this country’s discourse and political culture.

ABC cancelled the Roseanne Reboot because of one bad joke. This was not a business decision.
Recall that ABC had cancelled the successful conservative-leaning sitcom “Last Man Standing” starring Tim Allen, even though Allen never cracked any incendiary, politicized jokes, and the show’s ratings soared. ABC’s corporate leaders are liberals, simple as that. Fox News is reviving the show. ABC has made bad programming decisions before.

Is Roseanne unique in comparing public figures to apes? Bill Maher compared Donald Trump to an orangutan. Where’s the outrage? He also said the N-word, but he still muddies the airwaves. He has faced petitions and boycotts before, but he weathered those storms, and his corporate owners stood with him. The Los Angeles conservative radio hosts Jon and Ken called Whitney Houston a “crack whore” on the air. She had just died from an overdose, too. ABC (yes, the same company!)

suspended them, but they apologized and returned, and no one condemned them for racism, either.
Wanda Sykes made ribald jokes about after his victory. Following ten minutes of booing, Sykes cursed at the audience, then switched subjects. Despite her despicable behavior, she still enjoys her stand-up career. She was also a guest star on “Roseanne”, and she announced she was quitting because of the bad tweet, too.

The most surprising reaction to this not-so-rosy fallout comes from Breitbart News’ commentator John Nolte. He defended ABC’s decision to fire Barr, comparing the fallout to Roseanne’s bad joke to the repeated acts of disrespect from the NFL’s kneeling professional athletes. The punishment against the (now former) sitcom star does not fit the crime. For one bad joke, not only is Roseanne Barr getting the ax, but the entire show, the cast members, and the crew are thrown off their jobs, too. ABC is spreading the pain, and it’s not fair. I don’t recall the NFL shutting down or disenfranchising entire teams over the anti-patriotic antics of Colin Kaepernick. The league eventually established new rules in response to the financial boycott of an outraged public.

The producers should have stood by their woman and let time pass. If her audience tuned out in the same way that the public was abandoning the football games, then the producers could have had the show cancelled then. But their decision to cancel the show happened so fast,  the public didn’t have a chance to be offended. 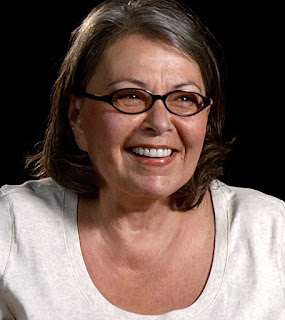 Let’s start with what made Roseanne a hot ticket in the first place. Her working-class persona then and now appealed to everyday audiences. No matter how down-and-out their lives, Roseanne found ways to make lemonade out of life’s lemons. She depicted and made light of the troubles which the vast majority of us “little people” face, the same problems which political and culture elites have not only ignored but made worse in their self-serving push to enrich themselves through cheap labor and corporate cronyism.

Roseanne represented the same whom Donald Trump resonated with, and whose votes helped him win the Presidency—and they happen to be the same people whom the liberal media, academia, and other progressive institutions despise, all the more because the Work Man’s representative is now President. The Democratic Party’s media arm (ABC, as well as CBS and NBC) couldn’t stand the idea of a working-class sitcom, yet they couldn’t arbitrarily turn down Roseanne’s immense ratings and the profits which would follow. They had dispensed with “Last Man Standing” for dubious reasons last year. They could not risk alienating their already diminishing market share so easily a second time.

Roseanne the actress, not just the character she payed, supports Trump, and she was not afraid to proclaim her support for the President—and Hollywood couldn’t stand it. ABC corporate leaders were looking for an excuse to drop the show. Roseanne stuck the smug elitism of the corporate media in the eye twice over. The cancellation of the Roseanne Reboot was a political decision, a sign that our cultural leaders are not only out of touch, but willing to ruin their bottom line in the process.