One of the biggest criticism against Cox was that he had less money than Meg Whitman and was less conservative than Neel Kashkari.

Full disclosure on two fronts: I voted for Meg Whitman and I did not vote for Kashkari in the primary and in the general election. He was a full-on liberal. Yes, he had a few press conferences, and yes he hated the teachers unions. 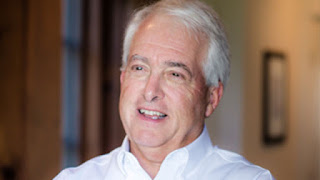 Beyond that, he was a full-on liberal. He had voted for Barack Obama--twice! He was pro-choice, pro-gay marriage. He supported gun control and Cap and Trade, too.

There was no way that I was going to get behind that guy. NO WAY! I wrote in Tim Donnelly for the general election.

He is pro-life. He has been endorsed by pro-life causes, and I cannot deny that. Whitman and Kashkari were pro-choice. Their lack of respect for life was a turn off sorts for me. I am glad that Cox has not shied away from his pro-life stance. 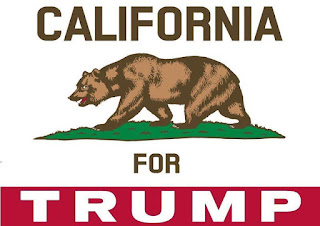 About Trump, he has admitted that he wishes he had voted for the President.

Unfortunately, there are so many people turned off to Cox at this time, and I am not sure that they can be turned back on, so to speak. People just don't trust the guy. He's from Chicago, he ran radio program billing himself as a progressive Republican.

This guy needs to get squared away on the MAGA Agenda ASAP and get in line FAST.

Now, having written some of my reservations about Cox, there are other reasons to be more hopeful. He has announced his vocal opposition to SB 54 and to stopping the Sanctuary State law at all costs. He is not a liberal flake in the mold of Bruce Rauner, who won the governor's race in 2014, only to turn into a failing, flailing RINO who bent over and gave the Democrats in Springfield everything they wanted.

No one can blame the CAGOP Establishment for promoting Cox. Trump stepped in and supported him. I support the President, and therefore I don't feel bad about supporting Cox. The endorsement will box COX in, meaning that he has to support key portions of the President's agenda. He simply cannot run away or downplay the endorsement, since that's what got him elected.

He has the money, and he is not as liberal as either one of them.

Now that the primary is, over I have to consider the perspective and concerns that Trump was weighing when he made the endorsement. As our federal government's chief executive, he needs a Congressional majority in both houses that will support and promote his agenda. We cannot lose the House of Representatives, and we need to hold onto the US Senate. Gaining seats is essential to ward off filibusters, too. Democrats were targeting at least seven house seats in California, including four seats in Orange County. If there was no Republican gubernatorial candidate at the top of the ticket, then the voter turnout for other Republican candidates down ticket would have suffered. That's a loss that none of us would have wanted.

The Cox endorsement floated many other ships, and Republicans had a robust turnout in all targeted races throughout the state. We even won the recall and got rid of tax-and-spending sanctuary state Josh Newman. Indivisible groups were hoping for big victories all over California, and they came up short, big time. Trump's endorsement took into account the long-term vision, what was best for the country as well as for the state of California.

Posted by Arthur Christopher Schaper at 11:17 AM