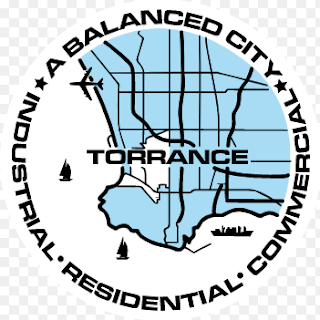 Now I can write more freely about what happened with the Torrance Mayor's Race for Election 2018.

In 2014, two different members of the Scotto Team wanted to run for mayor after getting termed out from city council:

Both candidates had run with Scotto in 2006 against the corrupt development projects forced on the city under Walker's regime. Dan Walker routinely violated the Brown Act, according to some sources, and he would pre-arrange the four other city councilmembers on his team to vote in such a way so that it would be a different set of four voters each time.

The massive building and construction in the city alarmed lots of voters, and the homeowners associations rose up to fight the cronyism--and they won.

Eight years later, Sutherland, Scotto, Furey, and Brewer were termed out and/or looking for higher office.

Brewer and Sutherland had met a few times to iron out their differences and find some way forward so that only one of them would run against Pat Furey for mayor. Nothing happened.

Bill Sutherland was dead to me in 2014 because in 2012, he had endorsed Al Muratsuchi for State Assembly. Not only that, but he had voted to appoint Democrat Kurt Weideman to the city council to replace Cliff Numark.

These decisions showed that Sutherland was more interested in himself and pushing his own ambitions rather than doing what was best for the city of Torrance. He had also floated an idea to raise the city sales tax by half a cent as one way to deal with the pension issues.

I supported Brewer, although even in 2014 he was low energy. He admitted that he was a moderate Republican too. A pro-choice Republican on abortion, for example, he also believed that Republican should give up on some of the divisive cultural issues in order to win over Millennial voters.

That kind of thinking does not generate or spring from a sense of leadership, boldness, or initiative. He was low-energy then, and he was low energy this year, too.

In 2017, Ron Riggs was the first candidate to throw his hat in the ring against Pat Furey for mayor. He had raised a significant sum of money for his campaign, too. Brewer then wanted to run a second time for mayor, and the two sides worked out a brief deal going forward. Riggs would change his mind and run for city council, and Brewer would endorse Riggs for city council, too. 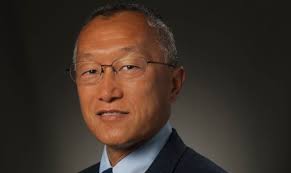 Then Bill Sutherland jumped in to run again. Just as I had resisted his bid for council in 2014, so again I had no interest in supporting him. I wanted to help George Chen above all. I warmed up to Aurelio's campaign afterwards.

Then I got this sudden unpleasant news after I spoke to Ron Riggs a week after the deal had been struck. Brewer had backed away from his promise and chose to endorse Bill Sutherland. What a shame! Riggs was hurt, and I don't blame him. In turn, he changed his mind and chose to run for mayor once again.

For the next five months, I didn't make any endorsements for mayor or city council. I didn't know what to do about the mayor's race, since the two candidates were going to split the vote again and let Furey win re-election. Then came the Travis Allen-John Cox debate at the Marsee Auditorium in Torrance. Riggs was the only guy there. I also saw George Chen, but I didn't have a chance to speak with him.

At that point I decided to get behind Ron Riggs. He was the only one showing up to events. Brewer was low-energy as usual, and it seemed to me that he was more interested in coasting his endorsements and connections to the local political establishment as opposed to hustling to earn votes and victory.

If Brewer was such a strong candidate, why couldn't he clear the field to run for mayor? Such is the fallout when candidates run as a slate and set up machines. Scotto had worked with both men many times in the past. He expected some sort of fealty from them both, for sure.

What do you do, though, when human ambition rises again? The two cancelled each other before, and this time Sutherland's refusal to sunset quietly hurt their chances again. Such is the result of putting insider friendships and political power ahead of the best interests of the city of Torrance.

Let's face it. Brewer was never a strong candidate to begin with. He didn't host many events in 2014 or 2018. He wanted to make nice and not take strong stances on key issues. One voter told me last week that Brewer showed no interest in taking on SB 54. "The city doesn't deal with immigration issues that much", the voter reported to me.

In contract, both Aurelio Mattucci and George Chen made SB 54 a focal issue in their campaigns. George Chen spoke out about it right away in the debates. Aurelio added the issue to his campaign literature. This issue resonates with everyone in the state of California, whether for or against, and a growing community in Torrance wants the terrible law repealed and demand that the city come out against the law in every way possible.

Also, Mattucci and Chen worked hard, put their names out there, including signs and flyers. Aurelio addressed quality of life issues in the city, too, and featured on his flyers the steps he had taken to start cleaning up the city. I must say that the Western Ave. border of the city needs a lot more attention, but Aurelio took steps to deal with it.

George Chen's signs were EVERYWHERE, including North Torrance, well-known as the most Democratic section of the city (Torrance Dem President Jimmy Gow lives there, along with Pat Furey, Kurt Weideman, School Board member Terry Ragins, and others). Chen's church connections were instrumental, too, in getting Chen elected, no doubt.

To recap, Brewer was a lukewarm candidate at the outset, and he reneged a straightforward, principled agreement to support his competitor Ron Riggs if he would switch his campaign focus to the city council. Riggs was willing to play along, but then Sutherland stepped in and Brewer broke his promise.

If anyone deserves blame for Torrance conservatives' failure to win the mayor's seat, blame Tom Brewer. He didn't run a strong campaign, he didn't keep his promise to Ron Riggs, and he was more interested in resting on the laurels or efforts of endorsements and connections than doing the hard work of getting out there to rally voters and get the excited in his campaign.