Seattle, Washington has turned into a socialist dystopia of tragic proportions

The homelessness problem is so bad, that even the liberals are leaving the area, disgusted with the economic rot which is wrought by abject socialism.

Perhaps that Tom Hanks movie should have been called "Homeless in Seattle." Just a thought.

Alex Berezow, a senior fellow of biomedical science at the American Council on Science and Health, wrote an extended, embittered goodbye to his once welcoming Seattle home, and the Seattle Times  published this piece! 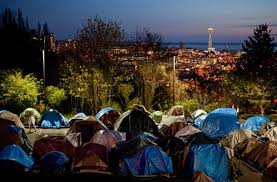 I knew Seattle was no longer a place for me when I met with Debora Juarez — the District 5 City Council member I had voted for.

Last September, at what I thought was going to be a friendly one-on-one meeting between an elected official and her constituent, I expressed some concerns that were on my mind. I fretted over the deterioration of a city with which I had fallen in love — a city that, despite my 21 trips to Europe, I still believe to be the most beautiful in the world.

Even compared to Europe, where migrants, illegal aliens, transnational gangs, and Islamic militants have taken over, Seattle was still the prettiest city in the world.

Then all of that changed following the brusque response he endured from his representative:

I told my council member that Northgate, my home, had seen a noticeable increase in litter and graffiti. To my dismay, she seemed to suggest these issues were someone else’s job, not hers. So, I moved on to a bigger issue: homelessness. 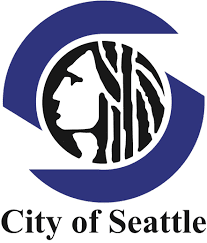 Can you imagine how arrogant and unresponsive a city councilmember must be to act like that? Incredible. Quality of life issues absolutely belong to city representatives to attend to. I know a number of city councilmen who respond to citizen complaints, whether it's potholes, bad streets, a fallen tree, graffiti, or other environmental quality issues.

Homeless has become a chronic blight all over the Left Coast, from Washington State down to San Diego County in California. Is anyone noticing the correlation between destructive, regressive, left-wing Democratic Party principles and this downturn in affordability and quality of life?

When I first moved to Seattle 14 years ago, to attend the University of Washington, homelessness essentially didn’t exist at Northgate. Though I have never been a victim of or witness to a crime, some of my neighbors have been, and they believe homeless camps are the reason.

Yes, they are. During the Occupy Movement in 2010-2011, mayors both liberal and conservative cleaned out this horrific mess. Now, an organized mass of people without homes, without mental health, without any care or purpose, have overcome the sidewalks. The third-world poverty stinks up alongside the ritzy, gated communities of political elites who don't care about anyone but themselves and their immediate posterity.

Silicon Valley and Microsoft Central cannot make up for this massive failure of government policy.

Additionally, the conditions in such camps are often atrocious — not only are the homeless more likely to be victims of violent crime, they are susceptible to infectious disease, such as the hepatitis A outbreak in San Diego that sickened nearly 500 people and has killed 20.

He mentions San Diego, and that city has a Republican mayor, too. So much for conservative principles bearing out in large cities. The liberalism that public sector unions, vocal progressive special interests, and corporate cronyism has overtaken common sense in the major cities, including Seattle.

Seattle has self-avowed socialists on their council, and the previous mayor suddenly resigned after five men accused him of gross sexual misconduct, including his own cousin. After one abusive mayor leaves, the city gets another. When does this insanity cease?

It looks like a brief but shining light is starting to break through.

The Seattle City Council meets on June 12 to discuss the possibility of repealing a head tax, which the city council voted to pass just under a month ago. The head tax would target big businesses such as Amazon, imposing a tax of $275 per employee, per year.

City Council President Bruce Harrell announced the move on June 11th, and moved at a remarkable speed to repeal the tax. The move comes in response to backfire from residents and local business executives who say they do not trust the council to spend the money wisely.

They left-wing Seattle City Council is going to repeal a tax. Seattle has frozen over. The city had pushed up the minimum wage to $15 an hour, only to watch the local businesses close up shop and leave the city. They have watched the Antifa and Anti-World Order hordes tear up the streets in the name of social protest, and most city activists are OK with this.

But when push came to shove from Amazon, a major business investor in the region, that they would close up shop and move somewhere else if the city imposed a head tax on them, they city council backed off. Sometimes, Big Business helps the little guy, even in Seattle.

Liberalism provides it own inoculation, sometimes. Is there hope for Seattle going forward?
Posted by Arthur Christopher Schaper at 3:08 PM