John Cox: We Need a Fighter, Not Mitt Romney!


This is not the tone that is needed in the state of California.

We need fight, fight, fight. That's why grassroots voters got behind Travis Allen. This guy was not afraid to hit hard at Gavin Newsom and Antonio Villaraigosa

Allen didn't have the money, though, and therefore couldn't get his message out. 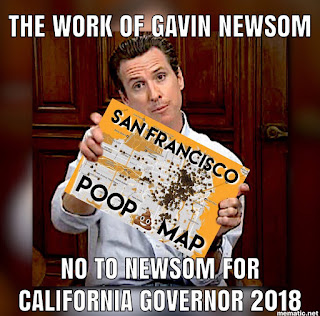 What I fear now is that the consultant class will continue to tell Cox to dumb down his conservative credentials and ignore the heartbeat concerns of many voters in the state of California.

During the winning video from the San Diego Union-Tribune, I didn't hear John Cox once mention the fallout of illegal immigration on our state. Yes, we must repeal the gas tax, and very likely that will be repealed in November. Yes, California is unaffordable. Yes, crime is up and the quality of life for residents is way down. The one thread that connects all of this is illegal immigration.

Carl De Maio is on board to fight this scourge which has ruined our state. We need every statewide candidate to do the same. It would be nice to see all five Republican candidates pooling their resources and working as a team.

Greg Conlon won the Top Two for Treasurer, too. Will he do more besides listing his name on the ballot? He needs to do more than just "be there."

I don't want to hear nice talk between Newsom and Cox. I want a boxing match!

Another concern I have ...

The consultant class will twist and turn the outcomes and the speeches of Cox and other candidates throughout the state. The consultant class doesn't care about winning or losing. They make big money either way. The rest of us will suffer, however, if we don't get solid leadership in Sacramento.

Right now, Cox doesn't seem to have the fire that we need. He wants to talk numbers and wonky issues. That's all really nice, but going forward we need a pugilist. Will Cox rise to the challenge and fight?