In the state of California, we have a voter fraud problem.  Of course, the Democratic Party, the Southern Poverty Law Center, Congressman Elijah Cummings play the race card every time someone talks about ending voter fraud and voter registration incompetence.

But the voter fraud problem in California is massive and unmistakable. 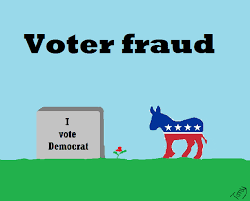 In Election 2018, eleven counties had a higher voter turnout than the actual number of potential voters in the different counties. Los Angeles County was at the top of the list for this officious discrepancy. One report suggests that the turnout touched 137% during the 2016 election. Concerns about the voter rolls went from bad to worse when Josh Newman, some unknown liberal from Fullerton, was able to sweep away Senate District 29 by a margin of 1,000 votes. The final voter turnout in the district far exceeded voting models and outcomes throughout the rest of the county and compared to other districts in the state.

This problem happens every election cycle in California. Republicans win by a thin margin in a number of races, but after three weeks all these provisional ballots filter in, and then the Democrat carries the race. Johnny Tacherra ran against Jim Costa in the 16th Congressional district. His numbers were hovering about 5,000 votes ahead of the incumbent. Tacherra told me that he received a text message within days of the election which informed him that he would lose the race by 3,000 votes.

And that's exactly what happened.

Voter fraud is a big problem in California and throughout the country. Friends of mine still get ballots for their children, even though their children have moved out and have left the state! In one infamous incident, 80 ballots arrived at one address in San Pedro. The LA County Registrar of Voters claimed that this bulk arrival was a massive error, nothing more.

In 2018, one lady voting in the West Los Angeles/Valley region informed me after voting that she went to her designated polling area. Her name looks like a man's name, but the pollworker didn't worry about it and showed no concern. That nonchalance worried my friend. "Don't you care that I may or may not be the person that I claim to be?" The pollworker responded that they are not supposed to ask or inquire whether the individual voting is or is not the person that he or she claims to be.

The biggest story of the evening during the California Primary on June 5th was that over 100,000 people showed up to the polls in Los Angeles County, and their names were not listed on the rolls at at all. Provision ballots are going to be pouring in all over.

Even Henry Winkler, the Fonz from the TV sitcom "Happy Days", went to the polls and his name was not listed:


My name was left off the polling registry today on Los Angeles
— Henry Winkler (@hwinkler4real) June 6, 2018

There is no verification system. Anyone can walk up to a polling station and claim to be someone and vote! Add to this perverse laxity the registration process through the automatic voter-motor law. Then add to this the ease with which people can vote not just at the polling stations or by mail the different ballot boxes at other government buildings. People can register to vote the same day!

Some states are fighting against voter fraud with Voter ID. Texas' and Arkansas' voter ID laws have been upheld. The states are ensuring that the voter franchise does not get diluted with fake votes, double voting, illegal alien voting, and dead people voting.

In the state of Ohio, the legislature enacted a law to ensure that every name on the voter rolls is active and current. They have enacted a process to confirm that the person on the rolls is still voting, wants to vote, is not dead, etc.  Why does this process matter? Corrupt partisans (Democrats) take the the idle names from the voter rolls and have illegal aliens or other non-eligible voters take those names and cast ballots. This is wrong. Of course, the ACLU and other liberal activist groups which rely on bad voting practices sued Ohio over this law. The legal suit went all the way to the Supreme Court. Today, by a narrow 5-4 vote, SCOTUS upheld the law. Hopefully, more states will adopt the same law. 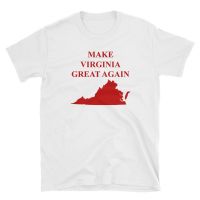 More good news on the voter integrity line has just occurred in Virginia, too.

The previous governor, Terry McAuliffe, unilaterally reinstated voting rights for convicted felons, even though the action was illegal as well as unethically. The Virginia Supreme Court finally agreed and demanded the removal of the 10,000 plus felons from the voter rolls. Of course, the damage was done in 2016 to boost Hillary Clinton's chances. Hopefully, more courts will strike down this election insanity.

States should adopt Voter ID, although for the repeat process of removing names of non-voting residents on the rolls following a standard inspection to see if those individuals are alive and/or living in the state. More efforts like this will ensure that only American citizens are voting and that no one is taking advantage of inactive names.

Voter integrity is gaining ground in this country, but not fast enough. It's unfortunate that President Trump ended the Voter Commission he had assembled last year, but he did turn over the investigation to the Department of Homeland Security afterwards. While I don't know if I would favor a national ID, I think it would be a good idea to require states to have a Voter ID system of some kind in place.

This does not violate the federalism doctrine in the United State Constitution, since our founding charter bases representation on elected officials from the several states. All of us have a vested, civil interest in knowing that the voter franchise is fully honored and respected.
Posted by Arthur Christopher Schaper at 10:42 PM