Republicans in Washington DC and conservatives all over the country need to understand this singular mindset about the regressive Left  in this country: They will never be happy, no matter what compromises, capitulations, or full-on accommodations are passed. 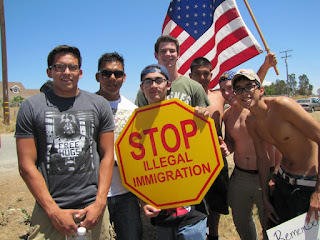 These George-Soros funded hate groups are determined to have full-on cultural Marxism overwhelm the United States of America. They will never rest until they get everything that they want, which is that America turns into a massive NOTHING.

Their latest eblast, released following Trump's executive order to halt the practice of separating illegal alien border-crossers from their children, shows the arrogant, elitist, entitled sense of demand which comes from these outrageous criminal enablers:

Arthur,
Trump just signed an executive order to lock up parents and children together in cages, as if that’s going to stop family separation. This does not solve the problem. It worsens it.
This is inhumane. Families deserve to be free to move, free to live, and free to thrive. Families belong in our communities, not in cages. What Trump has just approved is unconscionable. Now, Immigration and Customs Enforcement (ICE) and Customs and Border Protection (CBP) will put even more families in jails and cages. That’s why we’re joining together now to make our voices heard -- and why we’re asking you to join us:
Add your name now to demand #FreedomForImmigrants. And please, share with your network!
Sign your name!
The agencies that are locking up children in cages are the same agencies that are killing and deporting our brothers and sisters. Too many have died at the hands of ICE. Too many have been deported to their home countries and been brutally murdered. We cannot let this violence continue. We demand that Congress defund ICE and CBP. We demand #FreedomForImmigrants now!
This must stop and it must stop now,
Adrian from United We Dream
Thank you for standing with immigrant families and taking action! If you’re wondering what else you can do, make a donation here to United We Dream so we can keep fighting Trump’s deportation regime and detention policies.
Contribute $27

Did you see what Adrian wrote at the top?

The executive order to stop the separation of families has made things worse!

The whole point of the outrage industry among these open-border fascists is nothing less that the erasure not just of the borders but of the United States and all other nation-states.

They want unfettered globalist socialism, and they demand that We the People of the United States pay for it.

There is no giving even an inch for these people and their insatiable demands. The President and his executive team had every right and responsibility to separate illegal alien families at the border. Otherwise, the children and the parents get released into our communities, take jobs, damage the environment, and put American lives at risk. All of this cannot be tolerated. 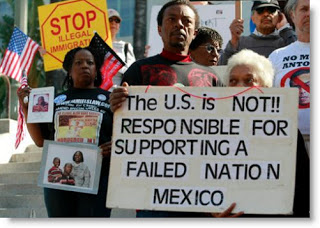 The executive order simply outlines that the Departments of Homeland Security and Health and Human Services will take all steps to determine which groups are indeed families, and then take steps to keep them together.

They will remain detained, however. There will be no more catch and release. The president and his team are enforcing our immigration laws, sending a loud and clear message to the world that the United States of America will not tolerate mass migration and illegal immigration.
Posted by Arthur Christopher Schaper at 2:43 PM