Election 2018: US Senate Races to Consider

Election 2018 presents a formidable map for Democrats but plenty of opportunities for Republicans.

I think that Republican chances of flipping seats in the Rust Belt are somewhat possible, even if those incumbents have been in office for two or more terms.

The map should have gone Republican's way somewhat in 2012, but Barack Obama was at the top of the ticket, and Romney was not the draw which Republican voters were looking for.

Here are two US Senate Seats which I think that the National Republican Senatorial Committee have written off, but which may come into play, even if the Democrat hangs onto the seat ultimately in November. Seats can be competitive even if the incumbent still wins because the National Democratic Senatorial Committee will have to thrown in more money than anticipated to keep the seat. 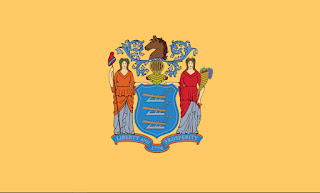 Mendacious Robert Menendez survived a corruption trial from last year, but his popularity numbers are really low. New Jersey Democrats voted for his no-name primary challenger by 38%, and she had no money or name recognition to be challenge Menendez with any real power or influence. 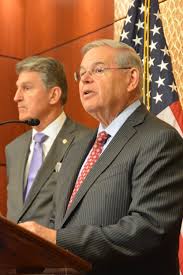 New Jersey voters have faced a similar problem before. In 2002, incumbent Democratic US Senator Robert Torricelli was neck-deep in corruption and ethics scandals. The Democrats removed Torricelli and placed another candidate on the ballot, retired US Senator Frank Lautenberg. The New Jersey Republicans challenged this move in federal court, but the Supremes denied certiorari for whatever reason. The New Jersey Republicans really had a chance against Torricelli, who was losing by double-digits to his Republican challenger that year. It was stunning that the Supreme Court refused to do anything!

Will this be the time and chance for New Jersey GOP to get the seat which had eluded them in 2002? 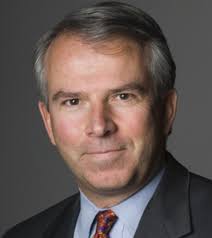 One other thing: the Republican nominee Bob Hugin has a huge personal warchest for a statewide campaign, and he will be spending big money against Menendez to unseat him. The last poll for the race had Menendez at a weak 4% margin ahead of his Republican challenger. 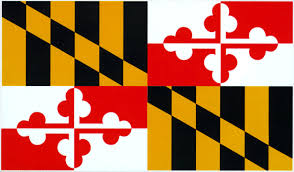 Chelsea Manning is running a newsy primary challenge against incumbent Establishment Democrat Ben Cardin. One Maryland Republican leader told me that there is no way that Manning could sweep the primary against Cardin. 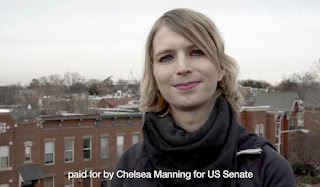 But what if he does? The guy who betrayed the United States, who faced court martial and prison time, who "transitioned" from male to female, who received an unjustified pardon from President Obama, the same candidate is firing up the progressive wing in Maryland Democratic Party politics. 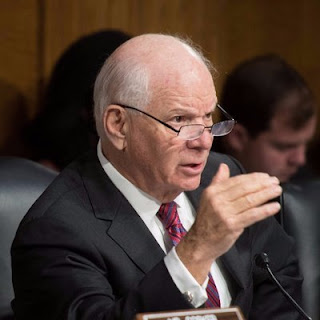 Even if Cardin carries the primary by double-digits, a popular Republican incumbent is running for Governor: Larry Hogan. It's possible that he will not only bring up the ticket for all Republicans, but that disaffected working Democrats and independents will look at the insane Dem primary a second time and decide to vote Republican or not even vote at all!

Imagine a US Senate race competitive in the Old Line State!

It's possible, and Democrats will have to spend some kind of money for Cardin regardless of how well or how poorly Chelsea Manning does.
Posted by Arthur Christopher Schaper at 7:05 PM