In January this year, members of We the People Rising, including myself, went onto Jimmy Kimmel live to give our opinions about DACA. We were ready for anything, including a guilt trip based on misplaced compassion.

We called the situation perfectly. Kimmel introduced us to an illegal alien on DACA named Esmeralda. She had a child with an American in the military, born in Kansas, etc. 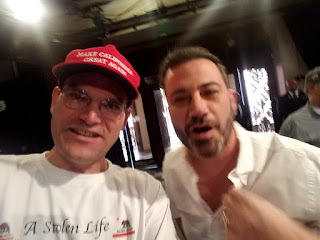 We all held our ground and opposed illegal immigration and did not accept the argument that exceptions should be offered to anyone, regardless of how these individuals had been brought into the country.

This weekend, Kimmel lost to another conservative, US Senator Cruz, and he got taken down on the basketball court this time:


This is such a satisfying victor. Jimmy Kimmel likes talking trash about conservatives on TV. This time, Ted Cruz challenged him to a game of half-court press basketball, and Cruz beat him! 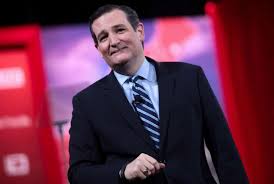 This is what it's all about. Conservatives are not just winning politically, but they are finally gaining the upper hand in the culture wars, too!

Posted by Arthur Christopher Schaper at 10:13 AM