In a report from an elected official from California currently out of state, I was informed that the cityof Vista voted to oppose SB 54.

Most patriots who have been fighting SB 54 attended the Temecula City Council. The elected officials unanimously voted to oppose SB 54.

It was a stunning victory, but nothing like the upset in Vista, a city in North San Diego County. 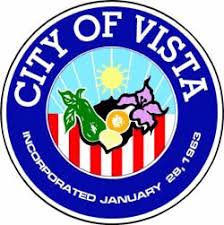 On June 26th, 2018, Councilman John Franklin introduced the discussion item against SB 54. He affirmed a number of issues, including the need to uphold the rule of law. He pointed to the San Diego County Board of Supervisors, which had taken a stance against SB 54 and to join the federal lawsuit against the state of California in March.

Two hours of comment followed. Every individual, including 38 residents of Vista and 10 residents from outside of the city spoke in favor of SB 54, otherwise known as the California Values Act. Not one person in the audience spoke against SB 54 or urged the city to oppose the law and file an amicus brief.

Members of the liberal-leaning clergy along with so-called "immigrant rights" activist leaders emphasized the importance of Vista's remaining a "welcoming city." One has to wonder how welcome a city can be if criminal illegal aliens are released back onto Vista's streets.

After the two hours of public comment, members of the audience began to boo and interrupt the councilmembers intermittently.

Councilman Franklin had to remind the audience that the city council chambers is an institution of government, and they were called to represent not just to represent views of "only those who came to speak before us."

That kind of statement is refreshing,considering that many opponents of the Sanctuary State Law could not attend the meeting to inform the public on the matter.

Councilman Franklin received immediate support from his colleague Amanda Young Rigby. She reminded the audience that illegal aliens who are victims of crime do not have to fear deportation when they report a crime. The state legislature had already passed laws to protect those unlawful residents. She then pointed out the ultimate concern regarding public safety.

The most heated opposition to the resolution came from Councilman Joe Green. He made frequent references to the fact that they as a body represent Vista, not the state of California. "I am very, very angry about this." He downplayed what he saw as the partisan nature of the matter.

Mayor Judy Ritter was very skeptical about what role the city council should play on the matter. "But won't this go before the Supreme Court? It's a federal issue, not really a state issue."

Franklin calmly responded: "The state chose to involve itself in a federal issue. It's incumbent upon us to stand up as leaders at the city level. The reason I am so passionate about this is truly about the rule of law. Our society is devolving into disorder and mob rule because we are not enforcing the laws, and this really comes down to .. whether we will say to our state legislature 'This is wrong, and we lend our voices to those how demand the return to the rule of law.'"

Ritter admitted that she agreed with him, but then pointed to the 53% of the residents in her city which are Hispanic. It was strange to hear the mayor suggest that Hispanic residents would automatically support SB 54, when research polling from the University of California, Berkeley has established widespread opposition to SB 54, including from Hispanic communities in the state of California.

The final rebuttal to any action against SB 54 came down to prior comments from San Diego County Sheriff William Gore. Councilman Franklin corrected the record on the matter, that the sheriff had actually not made any affirmative or negative statement regarding SB 54. Mayor Ritter reiterated her support for her colleague's position but then stated "This is a sticky issue. I actually agree with you, but I know that there are people on the other side."

With that, the city council voted on Councilman Franklin's resolution, which he read to the audience:

With that tally, the motion passed.

The members of the audience erupted in disapproval. Shouts of "Coward!" and "Vote them out!" could be heard from the audience. Councilman Franklin asked the mayor for decorum, to restore order to the chambers three times. The shouting grew louder as activists began shouting "Shame!" repeatedly as well as booing, followed by threats to remove them from office, and even "There's no leadership in this town!"

While the police officers on hand escorted everyone of the room, Mayor Ritter admitted that she should have voted Yes, since it didn't matter that she abstained. Assessing the vocal and disrespectful outbursts from the audience, Mayor Ritter decided that she wanted to change her vote and approve the resolution. "After all that [referring to the disruption from the pro-SB 54 audience]."

The majority voted to allow a reconsideration which passed,  and then the majority approved a second vote on the resolution against SB 54. 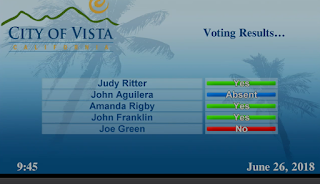 Vista's city council meeting and the city council's action to go forward is interesting and instrumental for a number of reasons.

1. Not one opponent of SB 54 attended the meeting to speak out against it.
2. In spite of that, two people on the city council affirmed opposition to SB 54 through resolution.
3. The disorderly behavior of the left-wing pro-SB 54 crowd induced the mayor to change her vote from "Abstain" to "Yes."

It's good to know that there are more elected officials in the state of California who are willing to do the right thing, even if citizens in the community do not show up to the meetings to speak out. Every elected official takes an oath, and it should not require massive political pressure from taxpaying citizens to make these men and women do their jobs and honor their oath of office to the United States Constitution. Simple as that. 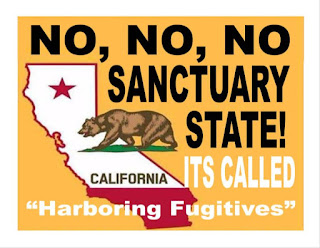