The True Resistance: LA for Trump Stands up to Anti-Breitbart Hate

The liberal lunacy has hit a fevered pitch which I never though possible.

Now they want to shut down Freedom of the Press, because any reporting which does not fall in line with the lock-stop liberal lunacy of the Big Three and Cable TV like CNN must be deemed Fake News.

They attack Breitbart because they news site is pro-Trump, or at least is open about its center-right values. The problem really comes down to the other news organizations claiming to be fully objective, when they really are not. They have been too busy promoting liberal agendas while covering up for the crimes and failures of Democratic lawmakers.

Only now have conservatives started to realize that they need to fight the major institutions and redefine them rather than winning elections from time to time.

Here is the event page for the Anti-Breitbart protest: 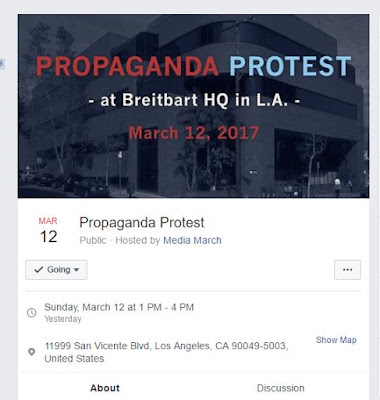 We were not afraid to stand up to these liberals who would not know fake news if they read it.

We received their flyers, and we had our posters: 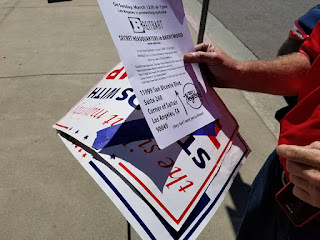 When the anti-Breitbart protesters started setting up shop, they told us that they had a permit to be there, and that meant we had to go somewhere else.

Uh ... no. We have free concourse of all sidewalks in the city of Los Angeles as well as anywhere else. No one can tell us where we can and cannot protest--as well as counter-protest!

Here is the first video I recorded:

Los Angeles for Trump held this group accountable on many fronts.

I tried to get some answers from people many times - but nothing was forthcoming.

Some of the protesters simply ran away from me or ignored me:

Others would raise their voices and enter into very heated exchanges with me:

There were some people who were willing to talk to me, even if we did not agree on everything:

Matthew Woods set up his stereo set and speaker on the other side of the street.

We also invited men and women from the anti-Breitbart side to speak with us and talk about isues that they cared about.

We were interested in a healthy and respectful dialogue, but the Anti-Breitbart, Anti-Trump Left were more interested in shouting and shaming people who did not agree with them. 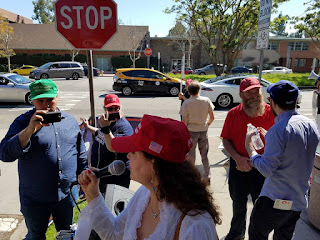 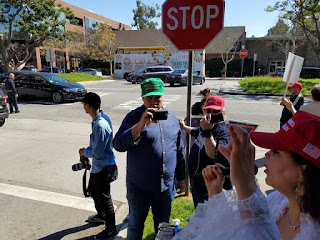 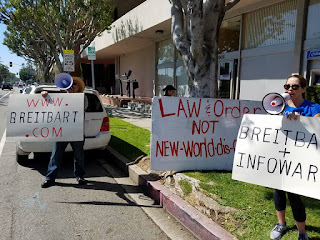 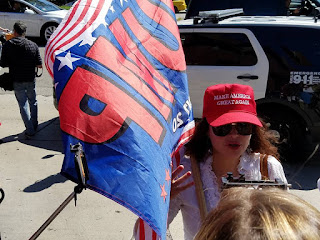 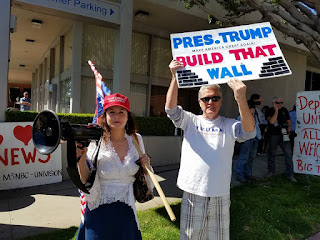 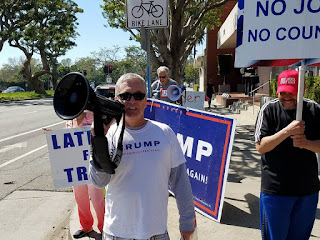 We had a great time!

On the other side, though, there was nothing but hate and fear:

There was so much misinformation with the Anti-Breitbart team. They should have been protesting themselves. After all, they were spouting off so much fake news!

I tried to talk to a few more from the group, young and old, but they spent more time embarrassing themselves:

For a few seconds, I took a panoramic view of what the two sides looked like from across Saltair Ave. Can you see the difference between the Pro-Trump and the Anti-Breitbart sides?