The winning never stops for me.

It just keeps getting better and better for me.

The people that I care about keep fighting and winning.

And even when we lose, we find that things just keep getting better for us notwithstanding.

I was disheartened when my state senator's staff told me that their boss--and I am supposed to be their boss' boss!--was going to vote for SB 54, and help turn California into a third-world hell-hole sanctuary state.

Let's hope that federal attorneys are all ready and will put a stop on that immoral, unthinkable laws before they ever get a chance to go into effect.

In deep blue Gardena, a welcome and faithful elected official who cares about her community was elected mayor, even though she had to compete against three of her colleagues and a few other challengers. 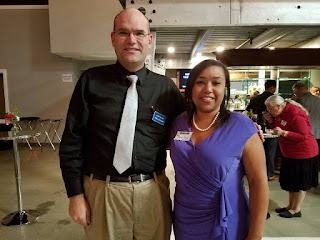 Check out her swearing-in!


Her father assisted Mayor Cerda as she took the oath of office: 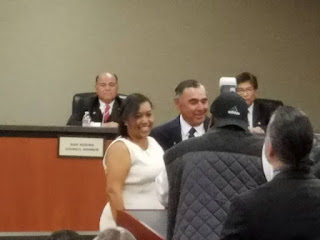 I was really excited that Art Kaskanian won a seat on the city council.

I had the opportunity to meet his lovely wife and family too! 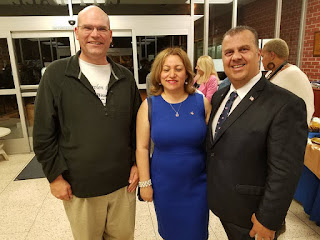 Last of all, Pastor Rodney Tanaka won a seat on the city council: 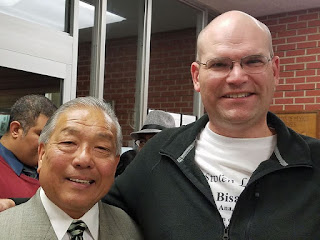 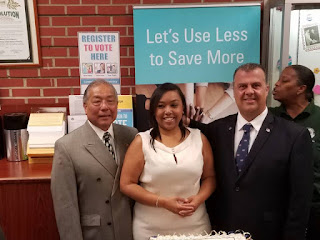 And for my own amusement ...

Creepy Janice Webb, the chairwoman of the RINO Central Committee, ran out of the city council chambers as soon as she saw me.

The RINO Central Committee, both the 66th and the entire county, did nothing for Art.

Congratulations to the victorious trio--I know that they will continue to make Gardena great!
Posted by Arthur Christopher Schaper at 11:22 PM