They are in complete alarm.

They should seek another safe space, perhaps in another country.

Why are they particularly fuming now?

The Trump budget has arrived.

And it has so much that conservatives have been demanding for years!

This is great  news!

It's time for us to stop paying for all of these non-essentials.

I am so glad that Trump is cutting the waste on climate change, too.

Why are we spending money on this nonsense?

I agree with cutting funding from NASA.

I am pleased to see Trump taking money away from the Department of STate, too.

Do these agencies really need so much money to begin with. Secretary of State Tillerson is already laying off, firing, and purging the State Department.

We are on a roll! 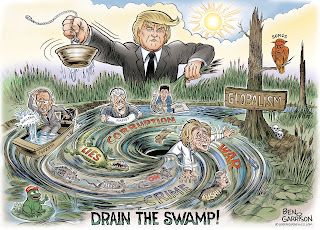 Now this is how you Drain the Swamp.

Oh and the Democrats hate it! GOOD!

This budget includes major cuts to foreign aid. Where was George W. Bush in all of this? Why didn't he take drastic steps to cut all the foreign funding?

Why was our government pouring so much of American tax dollars to help foregn countries? Our state and military departments spent more time and money protecting other borders rather than our own!

Such extravagance, such misplaced priorities were hurting Americans. All of that has to stop.

This is very much an "America First" budget.

I just hope that Congressional Republicans get their act together and pass a comprehensive repeal of Obamacare soon.