Martha Barbee, incumbent appointed councilmember for Redondo Beach, District One is in the Runoff.

One source informed me that she should have won outright, but for a third-party perennial candidate.

It's time to make sure that Barbee makes back onto city council. 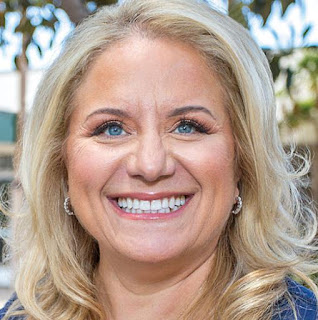 The mayor of they city of Long Beach normally does not vote on key proceedings.

If there is a deadlock on the city council, then the mayor votes (?).

If this information is wrong, please let me know.

Martha Barbee has a clear platform in her bid for a full term in her own right.

In case you forgot, the previous council unanimously appointed her to the city council!

LOCAL CONTROL OF POLICE AND FIRE

MAINTAIN AND ATTRACT BUSINESS AND EMPLOYERS

Barbee's election bid shows a commitment to helping businesses begin, grow, and thrive in Redondo Beach. The last thing that any city should be doing is ... pushing businesses out of business.

The Slow Growth-No Growth people are gobbling up local governing boards all over the South Bay. In Hermosa Beach, however, these Agenda 21 types are meeting stiff resistance. More South Bay homeowners need to wake up to the poor use of their property tax dollars, too.

Fiscal discipline is non-negotiable, and Martha Barbee wants to ensure that essential services do not fall away because of poor spending and no saving. Barbee's appointment is all aboard for spending

This divisive concern is turning into another third rail in South Bay politics.

What is leading to this untenable surge of homelessness within the Beach Cities? After all, this is one of the richest, safest regions of Southern California. How is it possible that an uptick in homeless vagrants has increased all of a sudden in this area?

What can cities do to curtail this problem?

RESPONSIVENESS: Maintaining a high level of responsiveness as your representative and fulfilling my duty in getting the City to provide us as residents the level of service that we demand and deserve.

Elected officials by and large have lost touch with a fundamental premise of their office: to serve citizens.

Big Green/No Growth types are all about serving an agenda,  and forcing everyone else to like it, or at least to shut up their concerns and criticisms about it.

The last thing that this Beach City needs is another anti-business, anti-taxpayer technocrat more interested in stopping everything in the name of "protecting the planet."

Redondo Beach, Hermosa Beach, Torrance -- everyone in the South Bay -- it's time GOTV.

On May 16, vote for Martha Barbee for Redondo Beach City Council! 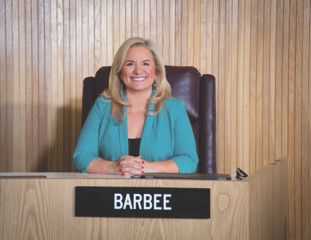