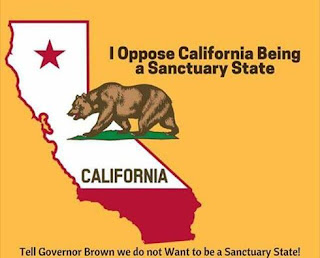 Sheriffs do not wish to act as immigration police, nor are they, and we protect EVERYONE in our communities regardless of immigration status. That said, we need to continue to cooperate with our law enforcement partners to ensure that those who victimize our communities are not given unnecessary opportunities to do more harm.

While amendments attempt to clarify a local agency’s ability to participate in a law enforcement task force with federal partners, the bill still lacks clarity as to lawful task force participation and it now imposes reporting requirements as to the nature of the law enforcement participation in a task force. And while the latest version of the bill attempts to allow some communication between local and federal authorities, SB 54 continues to preclude communication about potentially dangerous people. Specifically, the language only allows communication with the FBI (not ICE) in cases in which a person serving a term for a misdemeanor conviction, who also has a prior conviction for a violent felony, is about to be released. This language does not permit law enforcement to communicate about persons convicted of felonies and who are in jail custody or persons alleged to have committed a criminal offense. Precluding communication with ICE about, and prohibiting ICE access to, jail inmates of interest to ICE is likely to push ICE apprehension efforts out to communities, where collateral impacts on the family members of those wanted persons are likely.

SB 54 stands to further separate people from their families and their communities by precluding the detention of persons for immigration purposes as currently happens in some California counties pursuant to a federal contract. The bill may keep these persons from being held in California jails, but they will still be detained somewhere, and it is likely that their detention will take place much further from their communities, networks, and families, and possibly even out of state. In seeking to solve a perceived problem, SB 54 creates significant new family issues.