Feel the Love: The Advocate Attacks Me ... Again!

The pro-perversion LGBT rag "The Advocate" has inadvertently advocated for the comments, writings, and momentum which I have shared with MassResistance, Barbwire.

Check out their latest rant against me, specifically my article "Speaker Paul Ryan: You're Fired":

Arthur Schaper, a columnist on Townhall — he recently warned about violent LGBT activists [Which I am right about, which is why they can't debunk what I wrote]—went ballistic against Ryan too, saying it’s too bad Trump can’t just tell him “You’re fired.” “Failure, thy name is (Former?) Speaker Paul Ryan,” Schaper wrote in his latest piece. “I am tired of this guy. I am tired of these old-school, make-nice lawmakers who won’t go all the way and kill Obamacare. What more do these losers need to see in order to know that doubling down and going the distance can and does work?” The ACA doesn’t need to be replaced, Schaper continued, saying, “Government intervention is not needed” in the health insurance market.

They write these attacks against me as examples of "Reading Far Right Hate".

But 95% of Republicans--including moderates and libertarians, no doubt--agree with my sentiment that Paul Ryan needs to go.

538.com's editor Nate Silver published a clear-cut reason why RyanCare failed: "The electorate did not vote for Trump to enact Paul Ryan's agenda." 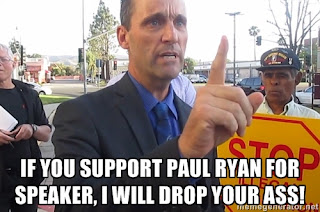 At any rate, what "The Advocate" considers hate or public shaming, has only increased my profile.

They publish what I have written and stand by without hesitation.

This anti-truth gay hate is actually quite welcoming, just like the failed smears from OC Weakly.

What can I saw? There is just too much WINNING! 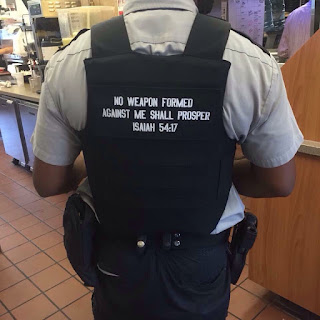 "No weapon formed against you shall prosper, and every tongue that rises in judgment against you, you shall condemn. This is the heritage of the servants of the LORD, and their righteousness is of me." (Isaiah 54:17)
Posted by Arthur Christopher Schaper at 1:22 PM