Is there any hope left for the Hawaiian Islands?

They could probably lock up every Democrat in the state legislature and in local office, and the establishment Hawaii Republican Party would still lose.

The party leadership outside and inside the state legislature just sells out and shuffles along, more content to play nice rather than get down and fight for what is right.

This generic strain of "Nice-Nice" tends to plague the Republican Party as a whole. Rather than get a little dirty in the fight for life, liberty, and the pursuit if happiness, Republican party leaders and elected officials want to stay away from the fray, while they allow the Democratic Party to get away with all kinds of dirty deeds, which sully the nature of our country and taint the government process against taxpaying citizens and in favor of corrupt, connivcing special interests.

This collusion of corruption and cowardice is on full display in Hawaii which has turned into anything but a paradise.

Thanks a lot, Helen!

Really, though, Fukumoto was a traitor to the GOP Ohana from the beginning. 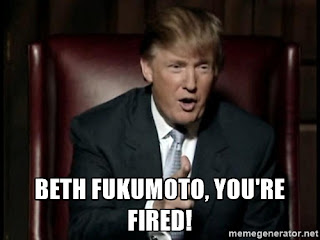 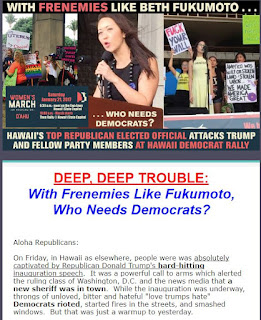