Patrick Furey, the corrupt mayor of Torrance, CA, has called me a sicko and then claimed that I was troubled.

This is another petty Saul Alinksy tactic, which before that was a silencing tactic used by the Soviet Union to remove dissidents.

Just claim that they are crazy or simple-minded, or mentally retarded.

Mayor Furey is on board with this shameful name-calling.

Check out his rant against me and others below: 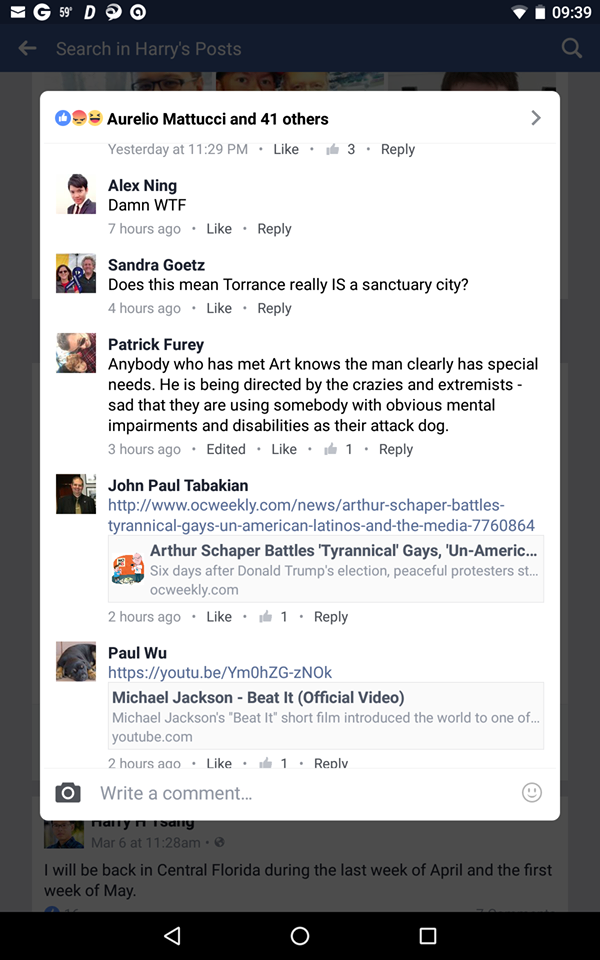 So, Pat Furey Jr. claims that I have special needs?

What is that supposed to mean?

Then he demeans men and women who have developmental disabilities?

What kind of man would say such things?

His mother Terry Furey works in the public school system. Did she teach her son to have such a disdain for young special ed students in our schools?

Since when did speaking out against corruption, against bad leadership in any city amount to "having special needs."

Of course, why would Pat Jr. engage in such hateful rhetoric towards me and then also demean people with developmental issues and special needs?

Because I was part of a larger Torrance coalition which demanded his removal from the Torrance Traffic Commission following a third conviction for FPPC violations. Click her for more information.

And like all spoiled children who have gotten away with rampant wrongdoing, he's still hurt because he finally got caught!