Hawaiian Republican elected officials are a growing disappointment, as well as a dwindling presence in Honolulu.

This is beyond painful for anyone who expects nothing less than commonsense limited government which serves the best interests of all citizens.

A previous eblast from the Hawaiian Islands Republican Assembly announced the no-so-surprising departure of Beth Fukumoto from the Republican Party: 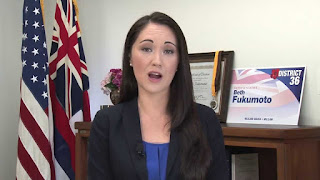 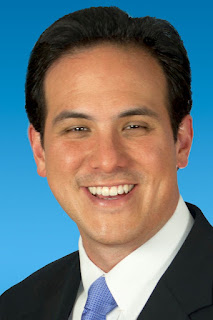 I believe it's time for Republicans of all backgrounds to fight back and ensure that all representatives are fighting for constitutional principles.

I am sick and tired of moderates and liberal leaning Republicans who keep making the flimsy case that the Republican Party needs to flame out and play to the center. It does not work, and more importantly, such capitulation is terrible for any state or local government.

Strong principles are essential to victory, and it's about time that conservatives started making the case for these core principles.

Consider the latest eblast from HIRA, pointing out that even Beth Fukumoto did not have principles, even as basic as party loyalty or fidelity to one's voters:

Perhaps it's time for another American Revolution, but this time with some Hawaiian Punch!