Even The Advocate" Hates Me! #WINNING

Now the Advocate hates me!

The "gay rights" magazine is attacking me and MassResistance because I had the courage to "out" (pun intended) the violence LGBT groups that were going to drive into Boston and disrupt the St. Patrick's Day parade on March 19, 2017.

Even though it's true, The Advocate wants to cover up for the homosexual lobbies around Massachsusetts, and then they attack me for fear-mongering.

Check out their comments below:


At least one far-right columnist asserted last week that violent threats to conservatives are coming not just from liberals in general, but especially from LGBT people. Townhall columnist Arthur Schaper said that’s why the Allied War Veterans Council, which organizes the Boston St. Patrick’s Day parade, decided to allow an LGBT group, OutVets, to march. 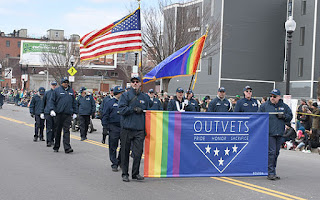 And they have been coming from aggressive, abusive LGBT activists for years.

“The Veterans Council ultimately capitulated to the homosexual group because of widespread violence and deaths,” he wrote. Well, not that violence and deaths actually happened. But he claimed, “The Boston Police Commissioner’s office warned the Council that busloads of LGBT activists from other states were planning to disrupt the parade (that means violence, folks!). The police affirmed that they could not stop the violence, and that the council would be blamed for the massive violence and death — and the Council would be held responsible for all the potential carnage!”

They threatened it, people! One would think that The Advocate would advocate for the rights of all people. But I have been correct about the sinister underpinnings of this destructive agenda for years.

MassResistance has been outing the true intentions, which including targeting children, undermining parental authority, and bringing corporations and government institutions to heel to cooperate, accommodate, and celebrate these destructive behaviors.

Well, we can’t prove there were no threats — it’s hard to prove a negative — but anyone who’s been to an LGBT Pride parade, protest march, or similar event can testify that participants are peaceful, even when countering such hateful types as the Westboro Baptist Church folks. And one of Schaper’s sources for his claim is Brian Camenker of MassResistance, one of the most rabidly anti-LGBT groups in the nation. So we’ll take Schaper with several very large grains of salt.

God bless Brian Camenker -- but he is not the only source.

Father Mark Hodges of Life Site News uncovered the threats of violence, too.

I just have one uestoin for this "gay rights" magazine:

What ever happened to Love Trumps Hate? 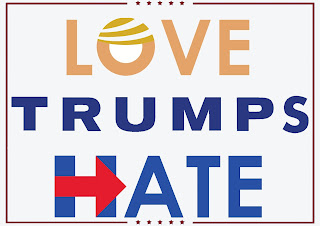 But this much I can say without reservation:

I wear their hate as a badge of honor!
Posted by Arthur Christopher Schaper at 5:02 PM