The Norma Torres Town Hall was not a total bust.

We the People Rising exposed how corrupt, unavailable, and unaccountable she is.

We recorded great footage, which has been getting an incredible number of views and shares.

This Torres woman is riding on her illegal alien heritage and trying to turn California into a full-blown sanctuary state. 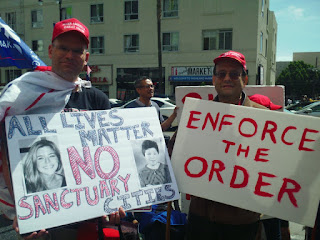 These actions are completely unconscionable.

American citizens here and everywhere else are taking charge, and taking down these malefactors who undermine our rule of law and state sovereignty.

After the town hall, it was time for LA for Trump to have a ball!

Let's celebrate! Donald Trump is our President, and he is bringing back the rule of law.

Americans can be proud to be Americans once again. 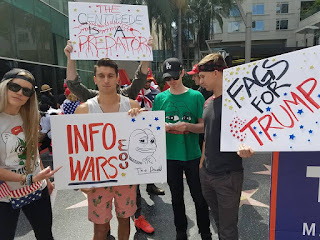 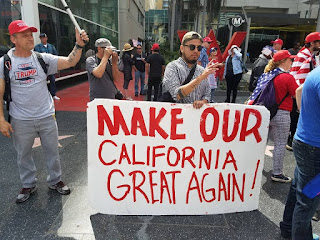 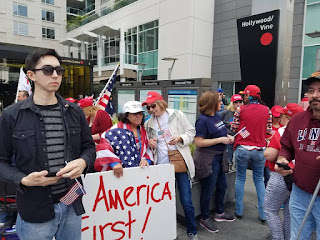 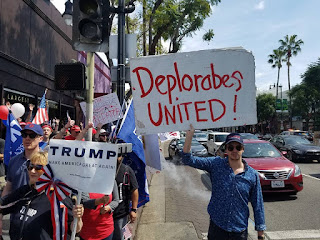 Victory is ringing out in every corner of the country.

Illegal aliens are getting deported.

American citizens are getting back to work.

The corruption of the Deep State and the Obama bureaucracy is getting exposed on a massive scale! 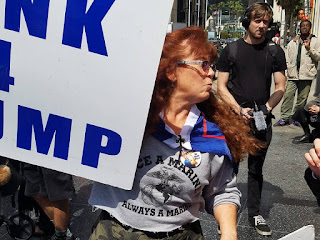 Randi Berger and her team worked very hard to get this march off the ground.

Unlike other protests, LA for Trump ensured all members that the Los Angeles Police Department would accompany us from beginning to end. 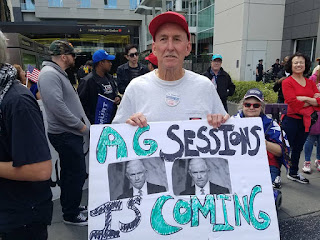 We marched from the Hollywood and Vince Metro Station to Hollywood and Highland, where we would stamp our feet and stump for Trump at his star on the Walk of Fame.

Here's one photo from the Los Angeles News Group: 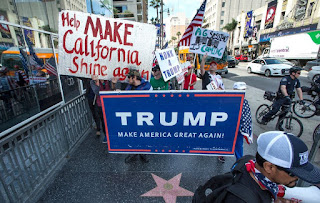 We met very little opposition during our march down Hollywood Blvd.

A couple of people did flip us off or shout some vain words. This time, though, I decided to just ignore them. They lost, Trump won, and there is nothing they can do about it.

The LAPD supplied police officers on bicycles to keep watch over all of us.


I never felt safer walking the streets of Los Angeles. Our demonstrations for our President faced little opposition (if anyone even noticed).

This is real, folks! 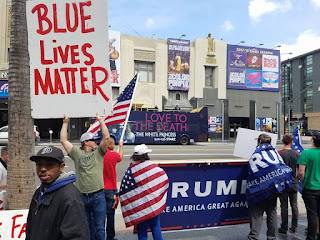 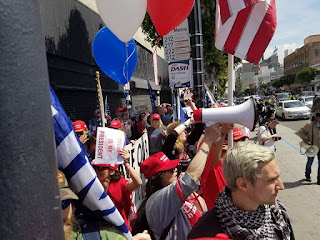 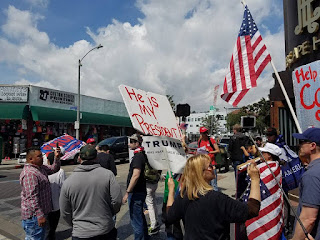 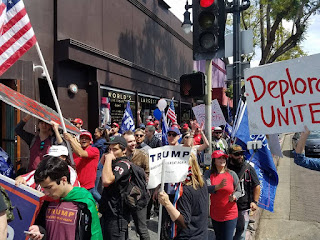 Los Angeles for Trump is no longer in the closet. We are walking out free and believing, and we want everyone to know about us!

Saturday afternoon for everyone to see us--it was a welcome, perfect time to celebrate!

One of the issues that I stressed throughout our march?

No more American lives should be out at risk.


It was wonderful to hear the chant "Americans First!" in the City of Angels.

No one should be ashamed to love their country. 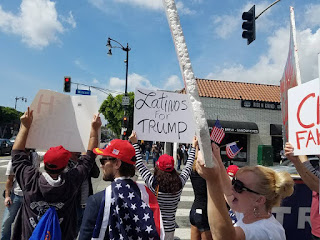 No one should be silent in the face of the anti-American hatred engulfing our nation from within. We need to fight for our country, and one creed: Americanism.

Check out our festivities around the star, too!

The whole LA for Trump partied at the star until the late evening.

Reporters and alternative media arrived to celebrate and record the festivities.

Matthew Woods and friends brought the music. We sang "We are the Champions" by Wueen, and we also chanted "ICE, ICE, baby!"

I did not stay the whole time, since there is so much going on for all Trump supporters.

I walked back to my car, and I passed a number of people on the way.

I was walking by myself--and nothing happened to me.

In fact, a few Trump supporters told me "Like your hat!"

And more people soon enough will step up and stump for Trump very soon, too!
Posted by Arthur Christopher Schaper at 11:55 PM