The California Democratic Party has free reign to enact every progressive policy they can think of.

Well, at least they think that open borders, crushing taxes, gender-bending ideological abuse, socialist-redistributionist schemes, and the death of innocents all qualify as "progressive."

A better term would be "barbaric." 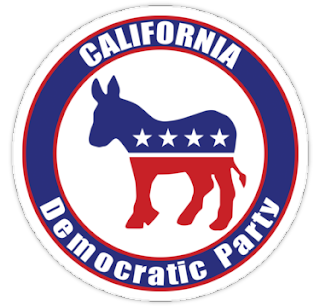 Every legislator who votes in line with these destructive, evil policies has violated their oath of office to uphold and defend the United States Constitution.

Lawmakers like State Senator Connie Leyva of Chino claimed that the Becerra town hall was an example of "democracy,"

The United States is not a democracy, but a constitutional republic. Every high student learns this--or do they?

Democracy is two wolves and a lamb voting on dinner. In a republic, the lamb has a firearm, and there's a shepherd in line with the overarching rule of law who ensures that everyone holds to the same standards.

But California is a full-blown corrupt democracy.

Now they want to promise free college for everyone.

They claim that they will make California public college free.

Actually, they will make California free of public colleges.

How much longer will any institutions of higher learning remain open as the state fails to have money to keep their doors open.


California Democrats are making a push to offset the cost of higher education, releasing a sweeping plan to increase student aid that would be perhaps the most favorable in the nation for students – but one that may be unfavorable for the taxpayer.

There is no "may" about it. Such a taxpayer-dollar giveaway would be  massively unfair to California's dwindling taxpayers.

This is a joke. Does Cal Watchdog claim to be independent journalism when they engage in such unjustified centrism?

This plan will not help students, either, since the rationing and rush of new students will overburden an already overstretched, decrepit system.

This proposal is about more than just tuition:

The plan, unveiled earlier this month, would cover not just tuition but living expenses as well, making it different from other similar proposals in states like New York.

College will not be debt-free. These statements are complete frauds. It's time for more young people to wake up and recognize that the state legislature is taking them for a ride, and making them pay the bill. California is in complete debt, cannot even pave its roads, and cities all over the state are going bankrupt over pension and benefits liabilities which they can no longer cover.

The cost for the program would come at a price tag of $1.6 billion per year, phased in over five years, and would be paid for using money from the state’s General Fund, lawmakers say.

There is no money left in the general fund. The state's already overburdened taxpayers cannot cover the wasteful, extravagant spending.

More Californians are fleeing the state in droves. They have no interest in propping up this failed experiment called "California Democracy,"

Proponents say existing tax revenues will cover the cost, but other projections to provide universal college came in at a much higher cost of $3.3 billion annually.

"Universal college .... universal healthcare"--there is nothing free in this life.

And this utopian fantasy is killing our kids' future. 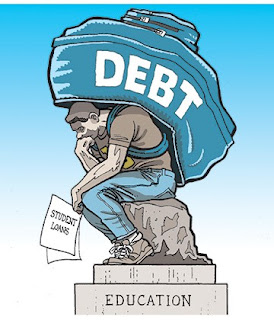 Some lawmakers are skeptical of the effectiveness of the plan, especially as California confronts a wide range of other issues like infrastructure and entitlement spending.

“I think it’s well intentioned,” Republican Assemblyman Rocky Chavez said of the plan. “But I don’t think it recognizes the economic reality or really addresses the challenges we have to address.”

Additionally, the plan comes at a time when the effectiveness of Cal State schools is being called into question due to poor graduation rates.

For example, under 20 percent of full-time CSU freshmen graduate in four years, much less than the 34 percent national average for public universities.

The “Degrees Not Debt” program would affect around 400,000 students at UC and Cal State institutions.

It’s just one of over a dozen student-aid related bills already proposed in Sacramento this year alone to offset the cost of college, as the average student loan debt per graduate in the Golden State is $22,191.

That figure is the average, by the way.

At 35 years old, I managed to pay off all my student loan debt. I graduated from UC Irvine when I was 22.

US Senator Ted Cruz had not paid off his student loans (much higher than mine, since he enrolled in private institutions) until he was 45 years old.

Student debt is a burden which no one should have to shoulder. It's outrageous that so many young people enter the working world with fewer options, yet have to carry heavy debt, too. All of these funding problems are crushing new married couples and young families. In fact, more young people are delaying marriage, family, and homeownership because of crushing student loan debt,

Instead of dealing with the deeper issues--like fiat money through government grants and easy financial aid, California Democrats want to give more of this faux-education away for free:

For example, Assembly Democrats last month pushed forward a plan that would grant in-state tuition for individuals in the state as refugees.

Currently, around 60 percent of Cal State students and about half of University of California and community college students already have their tuition fully covered by existing grants and aid programs.

How much is all of this college giveaway going to cost the state?

Another question: how much will these diploma-mill certificates actually be worth?

Free college is another lie, like deficit spending, three genders, homosexual ideologies, gun control as a measure of safety, and other destructive attacks on personal liberty and constitution rule.

Welcome to the new California, folks.

Watch as public colleges go bust and/or flee the state of California.

Posted by Arthur Christopher Schaper at 11:04 AM