Is WestCal's Harry Tsang Stalking ME?!

One more thing about what happened in Culver City.

After the Culver City police told me to exit the city council chambers, guess who was there standing to the side? 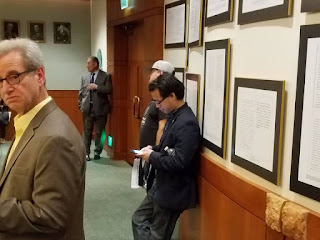 The above photo shows him in Culver City Council chambers.

The photo below shows him at Long Beach City College trying t o justify himself: 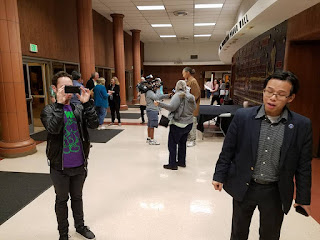 He thought that he had an angle on me with the Culver City police department pushing me out of the city council chambers:

Of course, I forced the police officer to acknowledge to everyone who was listening that I had done nothing wrong, and teh Culvery City Police went way too far.

Here's the second video, where I also call out Harry for recording me at the first, but then turning off the camera afterwards:

Of course, as soon as the police were done--found out to have gone overboard, I took a step toward Harry and he played himself out to be completely terrified.

And check out he behaved in the city council chambers after the police officer mishap:


These two film clips are here to show that I have committed no crime, assault, or any intended injury against Harry Tsang/

So ... what was he doing at the Culver City city council meeting?