Torrance Chamber Discusses Cypersecurity with Uber-Leftist, Disrespectful Congressman Lieu (We Got Another Runner!)

When Congressman Ted Lieu threw his hat in the ring to run for Congress, the one issue he touched on was national security,  since he knew that such a bipartisan issue would not get him into trouble with different factions within the district.

Here is our district, one of the most gerrymandered in the state of California. 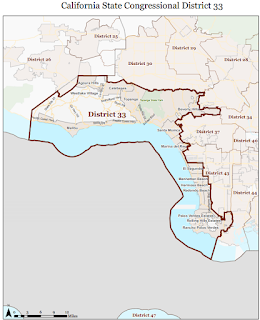 And her was his first commercial:

Lieu claimed to care about national security and individual privacy.

If he cares about those two issues, then you would think that he would oppose identity theft, illegal immigration, and the rampant criminality engulfing the state of California.

Finally, I found another opportunity to confront him on these issues.

A friend of mine informed me that he was going to speak at a local Chamber of Commerce Event.


Here's was my confirmation for the event:

I signed up as soon as I could.

I invited other small business owners in the community to attend as well.

Or maybe he does know that ...

So, I arrived a little bit earlier than the start time, but the Torrance Chamber staff were already getting the event ready. One of the ladies preparing the event invited me to the room. I had been there before, since I had attended the SCROC meetings to discuss the future of the Joint Powers Agreement with the loss of Inglewood Unified and the need for more funding--that was two years ago!

Here's the podium where Lieu would speak 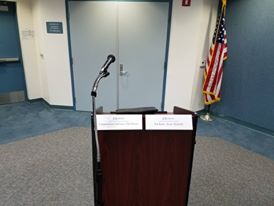 Other members of the Torrance Chamber arrived pretty soon after. They provided refreshments, which was nice.

Not that many people showed up, ultimately: 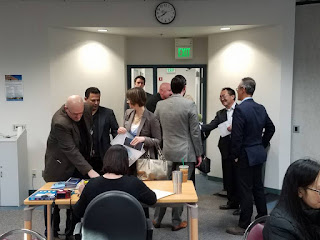 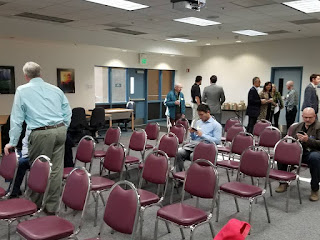 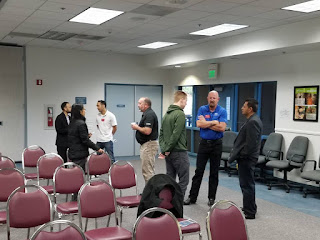 Then I looked over the pamphlets provided by event:


I get it. Identity theft is a very serious issue, and it's on the rise.

There is one key reason why, though: illegal immigration.

And who was boasting about family members who rely on fake IDs and stolen numbers to "survive"?

Here are my thoughts on that particularly disturbing matter:


Another pamphlet touched on identity theft, "ransomware", and computer tips from the U.S. Department of Justice.

Wow! I never realized that hackers could go so far as to lock up sensitive information and deny key firms access to their information unless they paid a price!

One man, a small business owner named Bob--who drove all the way from Cerritos to attend this event--


This gentleman informed me about other insidious forms of identity theft and fraud.

Very disconcerting, to say the least.

I then wondered: Will Congressman Lieu issue a letter a writ of mandamus to the US Attorney General Jeff Sessions demanding the arrest of ... State Senate Provident Pro Tem Kevin de Leon? After all, he admitted before all the cameras and the world that his relatives are illegal aliens, and they use fake IDs and steal social security numbers "to survive."

Yes, he said all of this:

Unreal, but he finally showed up. 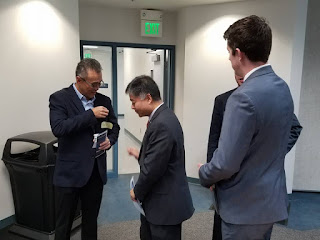 Right away I confronted him.

I told him to stop dishonoring President Trump. Because of his status in the military, his behavior was beyond unconscionable. He deserved censure and court-martial for his rampant lies and fraud. He stammered that everything he has posted and shared about President Trump is true and "documented." Would those be fake documents, like the one's state senate president De Leon bragged about?

One of his staffers tried to prevent me from talking to him, but I refused to back down. Other members of the Torrance Chamber invited me to sit down.

One of the main speakers kicked off the event.

She talked about the threats posed by virus and malware, especially for small business owners. Why would they invite Ted Lieu to an event designed to help small businesses? Every since he jumped into elected office, he has been far more invested in enriching labor unions, LGBT groups, environmental fanatics, and pushing a regressive socialist agenda instead of helping working people or engaging a strong economy for all Americans.

This event shows how even Chambers of Commerce are more like political organizations rather than agencies designed to help the local economy.

He refrained from heavily political topics, probably because he was in Torrance CA, as opposed to Santa Monica or West Hollywood. The left-wing blather doesn't fly here--or does it?

During his speech, anyone could see that he was kind of nervous. He wasn't prepared for angry constituents confronting about his perverse disregard for our President or his embrace of destructive policies which are undermining our national security and individual liberties.

I raised my hand for about a minute, waiting for him to call on me. He was deeply hesitant and wanted to avoid me. but I was already sitting in the front row, so it's not as though he had a choice. He finally called on me.

I demanded action on Kevin De Leon's ID fraud. He tried to shame me then dodge the uestion, of course. Other members of the Chamber of Commerce tried to shut me down, since they claimed that my uestion was not relevant. Seriously?! One of the pamphlets specifically addressed identity theft--and one person in the audience agreed with me!

After a few other questions, it was pretty clear to everyone in the room that he could not wait to leave.


Then he started taking off toward the exit, and I rose up to follow him.

His staffer and two other members of the Chamber of Commerce tried to block me, but I refused. followed him along the second floor, then proceeded down the steps demanding answers:

What can I say? We got another runner! The Torrance Chamber of Commerce should be ashamed of themselves because of the members who tried to block me from confronting him.

This is how it has to work, people.

We just cannot allow these elected officials to think that they can get away with everything.

Congressman Ted Lieu showed up to an event with a grand total of 23 people. The Torrance Chamber announced two weeks ago that only 30 seats would be available, even though at the event there were at least 100 chairs.

What kind of racket is this?

Again, why would the Congressman actually think that a large group of small business owners would show up in the first place? Aside from one attendee who drove all the way from Cerritos, CA, most of the people were members of the Chamber.

There was one other lady from El Segundo (that city is part of the Congressional District).

Lieu has openly shamed and attacked President Trump. He has lied about his mental capacities, and has called him an illegitimate President. This Congressman is an "undocumented politician" for all intents and purposes.

He has no business representing anyone in Congress, a full-bore leftist who wants to erode our liberties, all while claiming that he wants to fight for them. His also arrogant and condescending, claiming that I had no understanding of how our government works.

This man has taken several oaths to uphold and defend the United States Constitution, and yet he undermines that oath with every bill he introduces.

Despite the limitations on my time and outreach, I am glad that I confronted this man.

As for the Torrance Chamber of Commerce ...

Give them a call and demand answers why they prevented a constituent from speaking to his elected representative: 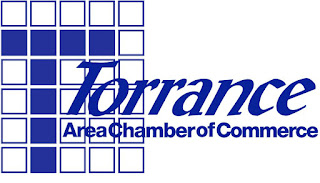 Make sure to give Congressman Ted Lieu more than a piece of your mind! 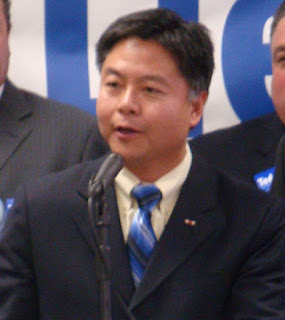