After the March 9th #WhyTorrance Townhall, I wrote a series of complaints to the Torrance City Council and staff.

I received one response: from the Mayor himself.


FYI, this is the same mayor who popped off at me because I called him out on a number of issues, especially the Community Choice Aggregation perversity:

Here is his message:

You are very troubled.  Your countless attempts to disrupt my Town Hall meeting last week freighted [sic] many in attendance - causing one senior couple to request someone to check your backpack.

I suggest that you direct your energy in a more positive direction rather than verbally ambushing and attacking folks who have thoughts contra to you.

First of all, I asked questions, and there was nothing wrong with my doing so.

Second, the senior citizen who wanted to check my backpack?

He was apparently a Furey follower, and it was a joke. If anyone's bags should be checked, it should be the mayor and his creepy illegal immigration cronies!

For him to call me "troubled" makes no sense, considering the following realities:

1. I do not break campaign finance laws.

2. I did not collude with a PAC which granted one private vendor a nice contract at the expense of a local ambulance company.

3. I have not sold out to Big Labor

4. I am not bowing and scraping to the Big Green Agenda, especially in connection with Community Choice Aggregation.

5. I am not promoting illegal immigration by refusing to take a stern stance against sanctuary city policies and working with the corrupt and corrosive WestCal Academy, run by the reprobate John Paul Tabakian and his corrupt cronies Christopher Castillo, Joseph Lopez, and Harry Tsang.

If there is anyone that is troubled, look no further than the mayor and his liberal cronies who are doing great wrong to this city.

Check out his abusive comments about me on Facebook after the Townhall: 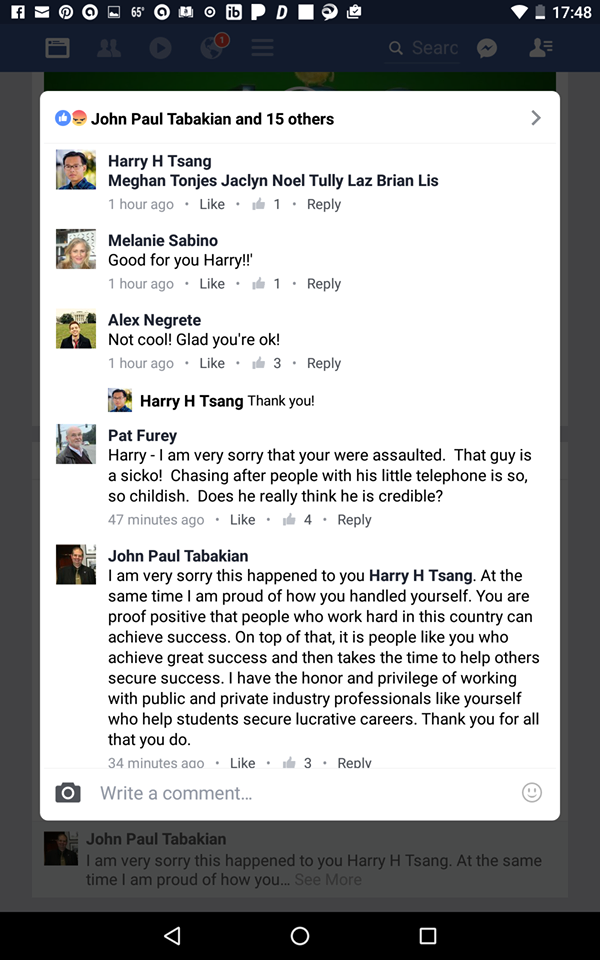 It's time to put the city council on notice.

It's time to demand accountability from this very sick, troubled mayor.