Culver City has become another satellite of Santa Monica.

The city council and leaders are embracing more left-wing insanity, inviting illegal aliens to take up space and live in their city, which will not be clear or fair after five years of rampant illegal alien criminality.


Will this woman and other residents of Culver City "like" the rising crime and declining quality of life that will hit their city following the massive illegal immigration that overtakes the city? Or do they really believe that illegals will come, since even law-abiding citizens can no longer afford a home in most California cities?

The truth is that the last thing that any municipality should do is go sanctuary city.

One simple reason: they cannot afford the loss of federal funding, which US Attorney General has threatened against all jurisdictions refusing to cooperate with and assist federal officials.

Culver City does not seem to care, so far.

Check out some of the most disturbing remarks from members of the audience.

This man refused to explain to me why he supports sanctuary cities:

Let's start with this biased reporter:


This lawless hypocrisy has become very common among reporters.

They are full in the tank for sanctuary cities, and for amnesty.

One of the residents who spoke witht he above reporter called opponents of illegal immigration "hateful".

Nonsense. Harim Uzziel punched right back and reminded her that we have every right to attend the meeting and protest this outrageous policy. 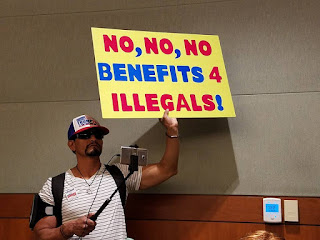 Check out the large number of people who showed up.

We were outnumbered, to say the least: 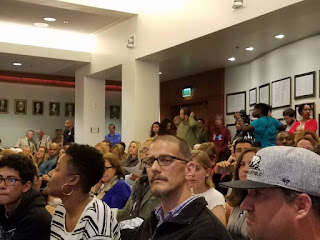 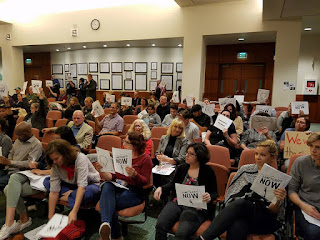 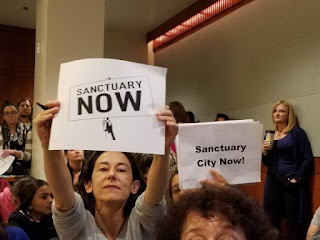 It was a full house--or should  write FOOL House.

Aside from We the People Rising and LA for Trump, of course! 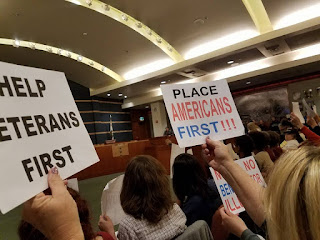 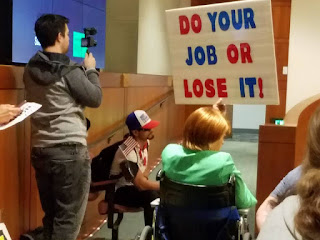 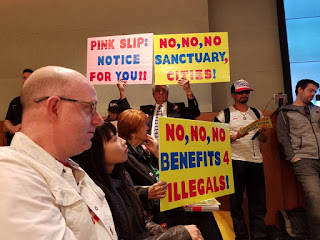 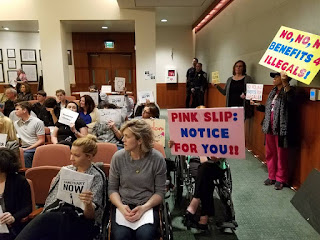 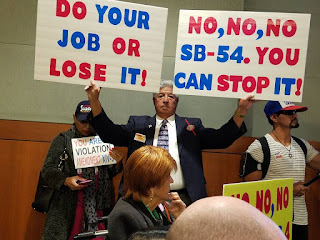 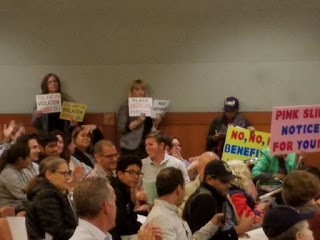 Check out the remarks from some of the massively uninformed and misled residents of the city, too:


She's a member of the Presbyterian Church, so of course she abides by extreme regressive, fleshly worldviews.

This is just disgusting on every level. Such people have no business advertising themselves as pastors or spiritual leaders under a Christian banner.

There are walls for the New Jerusalem. There were walls around Jerusalem, including a secure gate, which would open and close at proper times.

All this nonsense about globalism compassion runs against some dark realities about this fallen world and human nature. The pastor also did not mention Jesus one time.

The only time his name came up--was out of the mouth of a Muslim heretic:

This lie has become very common, obsessed with Jesus' humanity alone, as though he was a nice teacher, but nothing more. Complete fraud.

Oh, but it would only get crazier!