The Daily Sneeze is at it again.

It's Nick Green, so should we be surprised?

In spite of the most vocal efforts of Big Green activists around the region, the majority of city council members stood their ground and refused to be pushed around.

5-2 they rejected an outright resolution to ban MHF.

The comments from a number of the members on the city council was very forthright and erudite.

I am glad that they are not getting pushed around.

The Torrance City Council sidestepped passionate pleas for a hard-line stand against the city’s problem-plagued refinery early Wednesday, adopting a resolution that supports safety improvements at the plant but does not endorse a phase-out of dangerous hydrofluoric acid.

Passionate pleas should not be the final determinant of any issue.

Not a bunch of adult children, especially if they do not live in Torrance, should not be dictating to the city council what they need to do about the refinery.

The unanimous vote came after hours of testimony in the packed council chambers from residents, many who acknowledged they are frightened about ongoing safety and operational issues at the refinery owned by PBF Energy.

The article ignored the rejection of the first resolution. Even the mayor rejected the Ban MHF resolution.

Councilman Tim Goodrich decried the weak message elected officials had sent ahead of a Saturday hearing by the South Coast Air Quality Management District board to address the series of equipment failures and excessive flaring at the refinery.

Yawn. Facts are not supposed to be based on sensationalism. That's it.

In what was a largely symbolic resolution anyway, Goodrich and Councilman Kurt Weideman wanted tougher language that specifically mentioned the threat from the potentially fatal acid and called for its eventual removal from the plant.

Acid of all kinds is potentially fatal. Take a deep breath, people. 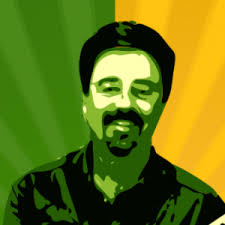 “This resolution that is in front of us now is a Milquetoast resolution and it essentially maintains the status quo,” Goodrich said before casting his vote for the alternative resolution written and favored by staff. “However, it is better than nothing.”

What would better would be ... Councilman Goodrich not playing for the cameras to improve his chances of getting elected to higher office.

It would also be nice for him to stop talking down to his constituents and calling them "foolish" when they disagree with him about stuff.

The decision was a win for PBF, which is furiously lobbying against a ban or phase-out of HF.

Beep! Wrong. It was a win for the city of Torrance, the taxpayers, the homeowners, and the thousands of workers at the refinery.

Fearing for their jobs, a stream of refinery workers spoke Tuesday to the council. And the company is hosting an invitation-only meeting today for AQMD and other officials “to provide factual data and details” regarding the refinery’s use of modified hydrofluoric acid, or MHF, and offset information provided by “third parties.”

It's not just about their jobs--it's about the well-being and livelihood of this community.

It's also about not bending and scrapping to liberal fearmongering.

Some on the panel appeared more interested in criticizing the “misinformation” they said was circulating in the community from refinery critics, much to the anger of the Torrance Refinery Action Alliance, which supported a stronger stance.

They should be criticizing misinformation.

“Last night the city of Torrance made the reckless and foolhardy decision to embrace modified hydrofluoric acid with loving arms,” a statement on the group’s Facebook page reads.

So, Nick Green resorts to Facebook posts for his journalism?

“They voted down Goodrich’s proposal to support a phase-out of MHF,” it added. “The spineless Torrance City Council are lying prone, licking the catalyst dust off the refinery’s feet. But they don’t represent the will of the South Bay community and they don’t get the last word.”

Since when did idle words on a Facebook line constitute meaningful discussion or opinion?

Or at least fodder for a headline in a local, Pultizer Prize winning newspaper?

The action came hours after an EPA report was released publicly outlining issues with broken hydrofluoric acid safety equipment, poor refinery management and lack of operational oversight that backed up many of TRAA’s claims. The EPA needs to be dismantled. Period.

And Trump is already working on it, along with his EPA director Scott Pruitt.

North Torrance resident Nadine Levine, who moved with her family into a new home near the refinery earlier this year, said she and her husband knew about threats from issues ranging from earthquakes to expansive soils, but no one mentioned the potential danger from HF.

“The one thing that we did not know when we moved in is that we are living in a kill zone,” she said. “Three days after we moved in there was an explosion. It has changed everything for us.

“We can’t move out of our house,” Levine added. “I keep wondering every night, what the hell did I do to my family?

Sell the home if you feel that fearful. The housing prices are skyrocketing in this town, and any homeowner could flip their property within the month and make big money.

The refinery has every right to work and operate. Grow up, Big Greenie meanies!

The refinery is here to stay!
Posted by Arthur Christopher Schaper at 7:45 PM