We the People Rising Celebrate Trump-Mas, and Take Down a Moronic Marxist

I am not afraid to celebrate Donald Trump's victory.

This country needed a truth enema, and we got so much more with Trump.

The economy is booming.

People are optimistic about the future. A sense of unity and purpose is budding again.

I no longer worry about my freedoms being systematically reduced then removed entirely.

It's OK to shout "Merry Christmas!" and sing Christmas carols once again!

Check out how We the People Rising partied and shared the festive cheer with travelers near and fear along Hollywood Blvd! 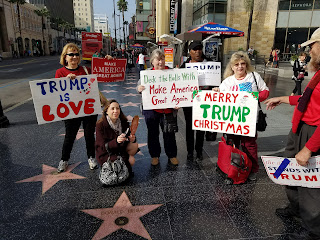 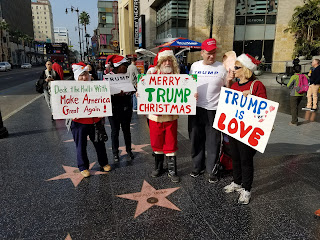 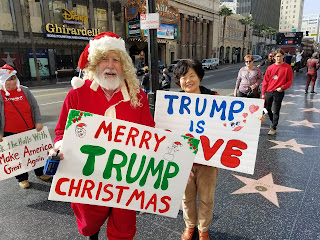 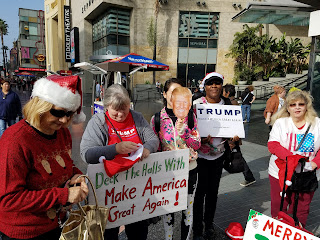 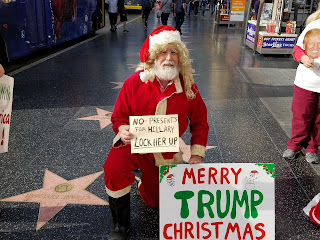 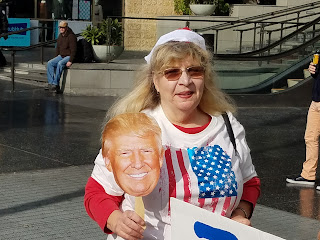 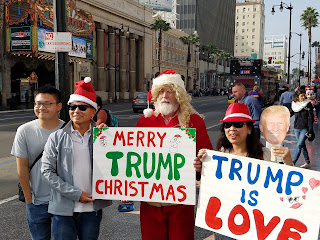 And of course, there were critics.

The intellectual idiots who think they know more than everyone else--Los Angeles has its fair share.

One of them got into a heated argument with us, but we showed up him Christmas cheer plus a strong capacity to tell it like it T-I-S!

This guy claimed that illegal immigration is not that bad

He also believed that the entire economy would collapse if the 12 million illegal aliens left the country.

And of course, he insisted on calling them "undocumented" -- people are not undocumented, because they are not pieces of paper or goods in a warehouse.

But human beings can be illegal if their status in a country is not in compliance with state or federal law.

Check out the "interview":

It was kind of entertaining.

More conservatives should not be afraid to confront liberals like the one above.

They oftentimes end up making your case without saying a word!

This guy's history was really messed up. He claimed that the United States always had open borders ...

He also argued that we thought we were opposed to immigration in its entirety.

Not at all. Leftists often resort to that argument to shame immigration enforcement activists. We were unintimidated.

In the clip below, the Marxist defended open borders.

This "economist" even claimed that you cannot refute Marx without also refuting Adam Smith ...

Wow! I never thought I would confront so much educated ignorance all at once! YIKES!  He even referred to statistical evidence proferred by .... the United Nations?!

He also claimed that Cuba was a clean and well-run country. WHAT!

Then he suggested that the only Cubans who fled Cuba were criminals?!