There is No Free Trade Without Borders

I believe in free trade, but ultra  libertarians and free-market proponents seem to ignore the necessary conditions for the rule of law and culture. Libertarian policies cannot flourish in a vacuum, but require a government to protect our rights—including the rights of working man. Chinese citizens have few rights, and the freedom of that nation’s economy has not translated into political liberty. Poverty wages are the norm in corrupt kleptocracies, and with that cheap goods for sale on the global market.

I have yet to hear economist and researchers in Washington D.C. think-tanks address that imbalance.


Republicans like Rick Santorum and now President-Elect Donald Trump understand the ruinous impact of skewed trade deals and open borders—and he fought hard against them. He also recognized that an American without a college degree is not necessarily less educated.  In fact, looking at the high costs and low return of higher education, one could argue that engaging the real world ensures one’s intelligence.

I have no problem with "trade deficits." On a micro-level, everyone of us engages in trade deficits. I go to the grocery store, and I buy stuff. The grocery does not buy anything from me.

I go to work and complete key tasks and projects. The employer pays me for my work.

It's a fair exchange because it is a free exchange.

The United States enacted a basic tariff system to pay for public projects and duties.

The tariff was never enacted to promote American products over international goods.

But what is really making America so uncompetitive?

The arbitrary strictures and regulations imposed by a socialist-leaning federal government.

The feds have imposed onerous rules on businesses large and small to provide expensive health insurance coverage if any employee goes full time.

The United States has one of the highest corporate tax rates in the country, too!

In Singapore, businesses which expand must rely on the human capital in Singapore. They don't get to bring in a whole bunch of employees from the home country to displace or deny the residents in the country.

I support that policy on a moral and political level. Full-on libertarians and free-marketeers may not agree with me, but I see no problem with that

What is else has been holding back American workers?

The education is lousy! In Europe and Asia, they take education very seriously. Parents expect their kids to work as hard as they can to succeed in school and work. 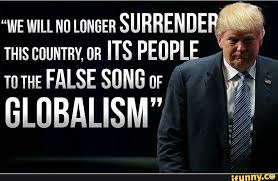 Education in the United States is dominated by teachers' unions and unaccountable bureaucrats. Most kids in the inner cities cannot get a decent education. In fact, the governing powers that be do not want young people of color to be educated, otherwise they would vote with their own minds rather than doing whatever the union boss or the social worker tells them to vote.

Urban areas are dominated with poverty, disease, and death, and local socialist elements--from government-backed labor unions to entrenched bureaucracies, are holding back businesses, not letting them grow and profit.

These are the larger issues which have made California and the United States uncompetitive on the world stage.

Let's talk imbalanced trade deals where the other countries get to break all the rules, but we have to abide by them.

All of that is completely unfair!

Free trade means mutual, voluntary exchange of goods and ideas. Both sides win in free trade. No uestion about it. But can we call the slaves and modern-day serfs of China free? What about in India or Vietnam? Liberty must be about restricting the extension of the state into every aspect of our lives, and allowing voluntary cooperation to proliferate as much as possible.

We need to see more of this around the world.

Libertarians need to understand that liberty does not exist in a vacuum, or in a borderless world. It cannot work that way.

And nation-states have every right to put the needs and concerns of their citizens first!
Posted by Arthur Christopher Schaper at 8:02 PM