This man is a strident, hateful Fake News peddler. He has disgraced the television screens of cable and network television for years, And yet, for all his blather and seeming ability to draw in ratings, he keeps getting fired.

What is it about this guy that is such a turn-off?

He got another newscasting (more like old-lies" casting) job with Gentlemen's Quarterly Magazine.

Keep in mind that Olbermann has been suspended, rejected, and fired so many times.


Perhaps even arrogant liberals get tired of arrogant liberal talking heads in the media telling them how great they are. After all, prima donnas can't share the stage--or the same state.

Is this desperation on the part of GQ?

Olbermann has been fired/suspended how many times now?

In ESPN, his first major broadcasting gig, he went on The Daily Show without the management's permission.

He later left that company.

FOX News fired him 2001. One claim was that he leaked information about the sale of the Los Angeles Dodgers. Rupert Murdoch was  more emphatic: "He's crazy."

On MSNBC, the ribald liberal agitator was suspended for donating to Democratic candidates without seeking prior approval from management. They terminated their contract with Olbermann in 2011, but had planned to get rid of sooner.

He finally went back to ESPN, but he was suspended once he engaged in a petty Twitter war.

They terminated his contract late in 2015 as a "business decision."

Apparently, any media network that wants to make money and stay in business has to get rid of this illiberal boardmouth who demonstrates neither merit nor understanding in his commentator.

Consider this sharp criticism from one review:

"Former Los Angeles Times television critic Howard Rosenberg stated that "Countdown is more or less an echo chamber in which Olbermann and like-minded bobbleheads nod at each other."

Yep, that sounds like the essence of liberal dialogue.

Now, where did he go?

This is one more clear step in the fall of manhood in modern society. What a terrible fallout.

Check out the video clip below:


The faux-journalist claims that Donald Trump's all-star cabinet line-up is a bunch of villains from comic books.

The guy can;t even get his metaphors straight. He attempts comparisons from the 1960's Batman Movie but there were only four bad guys in that film.

The Presidential Executive cabinet has at least ten major voices. Does Olbermann even know how to count? Maybe that's why he was let go from "Countdown" ... 1 through 5 was the best he could manage.

In his anti-Trump rant, he doesn't draw a parallel between the comic book character that he has in mind.

He's not funny. He's not informed. He's not even interesting.

This is a sad fall for a wannabe mad man pretending to be professional.

He even claimed that Attorney General Designate Jeff Sessions prosecuted black people for voting. He neglected to mention that Sessions helped bankrupt the KKK in lawsuits and put away criminals who murdered black people.

Olbermann's dark vein of ignorance and intolerance is showing, again.

Gentlemen's Quarterly has lost its manhood, and its mind.

Notice the safety pin in the picture below, too! 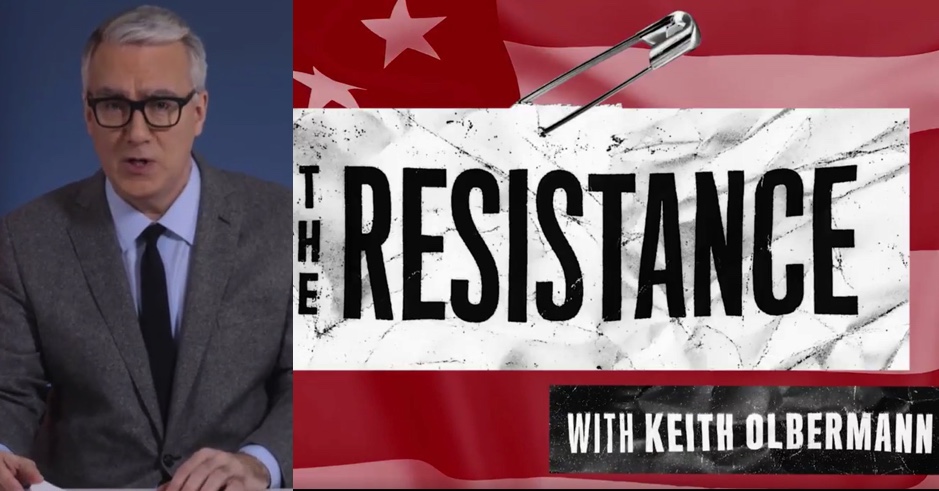 Perhaps Little Keithie needs to run to his safe space!