The Democratic Party has turned into a shell of itself from eight years ago.

So much for the hope and change preached by soon-to-be Ex-President Barack Obama.

Democrats have been decimated across the country following Donald Trump's romp across 30 states.

These states are going bankrupt. They are roiled by welfarism and illegal immigration, along with Big Labor abuses, corruption, and cronyism.

It's no surprise why Americans are fleeing these states are moving to better economic and moral climates elsewhere!

And yet, regressive leftists like Gabe San Roman have still not learned the lesson about why they are losing--and losing big time--in the United States.


San Roman unsaintily neglects to note that the Ku Klux Klan was the domestic terrorist wing of the Democratic Party, which had dubbed itself "The White Mans's Party" and rejected civil rights recognition for African-Americans.

Republicans have been and continue to be the party of civil rights.

Leftists like the OC Weakly horde have no problem attacking other Democrats if they are not radical (read, communistic) enough.

Check out these comments directed at the firs Latina elected to Congress, Congresswoman Lucille Roybal-Allard:


What's against justice is stealing property from one person to give to another who does not work. Any cursory glance at the OC Weakly propagandist's feed will show a disturbing penchant for blood dictators who kill their own people and misinformed academics pushing a political ideology which they do not understand.

I have been one of the most vocal of Roybal-Allard's critics, but she was write to condemn the officious, unjustified UN Resolution condemning Israeli settlements.

Roman probably wouldn't have the courage to confront Roybal-Allard directly in her office, as I had done in January of this year: 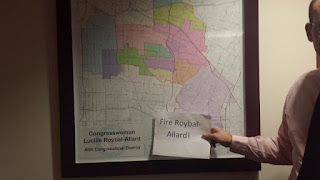 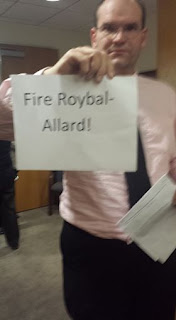 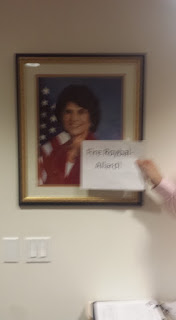 Roman then retweeted the following:


@gsanroman2 jeez, and if I'm not mistaken @RepRoybalAllard comes from a familia who the border crossed...
— Adriana Maestas (@AdrianaMaestas) December 24, 2016

For the past week and a half, I have sought answers on the anti-Israel coming from the OC Weakly.

They can tweet attacks, but they cannot defend their amoral political views.

And now one of the most radical left-wing propagandists is attacking an uber-liberal Latina Congresswoman?

The Regressive Left is falling apart across the country, and OC Weakly has added to the pile-on by attacking one of the most stalwart liberal Congressmen in California.

Lots of other Democrats have condemned Barack Obama for supporting the offense and false Resolution against Israel. Why did OC Weakly go after Roybal-Allard?

Why not give OC Weakly a call and find out: