In spite of the heavily slanted registration, Republicans have won seats on the Gardena City Council.

One of the most celebrated officials served as city councilmember then mayor: Paul Tanaka.

Another ally of the former mayor is Tasha Cerda.

She has served on the city council since 2009.

She has seen Gardena blossom.

The streets are clean and safe. Businesses are growing.

Cerda and Tanaka worked in line with the wisdom of the city manager, who helped lead the city of deep debt and near-certain bankruptcy.

Cerda is not a Republican, though.

She is a registered Democrat.

But she thinks for herself and she does what is best for her city, not for the political machine, not for any political party.

Assemblyman David Hadley made a decision early on to serve in every area of the 66th Assembly District, including Gardena.

He has fought for clean water.

He wants the city of Gardena to form its own school district to assert more local control over their kids' education.

Hadley has also worked closely with local officials, including the public safety officials, to fight for the best for Gardena families.

Because the assemblyman has demonstrated an assertive effort to be present and serve, Tasha chose to endorse David Hadley instead of the Democrat.

She bucked her party. She bucked the aggressive, illiberal Democratic machine.

And they are angry!

That's what leadership is all about.


Not doing what other party hacks or special interests want, but doing what is best for your city.

Most people do not realize the risks that Cerda took on by endorsing a Republican.

She deserves our utmost respect!

Thank you for your courage, Tasha! 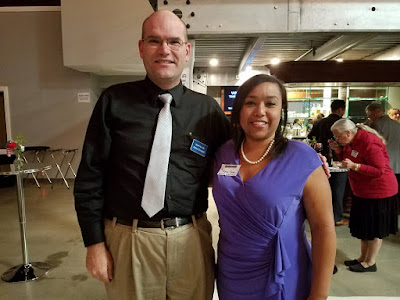