Top Ten Reasons to Vote for Ken Wright for Congress

Dr. Kenneth Wright of Marina Del Rey, by way of Torrance and working in Beverly Hills, is running for Congress against the radical regressive Ted Lieu.

I have confronted Lieu during campaign stops.

When he appeared at the Torrance City Council to discuss the hydro-fluoric acid controversy at ExxonMobil, I called him out for doing nothing for all of us, and for doing nothing to stop illegal immigration in California.

Dr. Wright has written an extensive set of reasons why everyone in the 33rd Congressional District--especially Democrats--should vote "No" to Ted Lieu and "YES" for Dr. Ken WRIGHT! 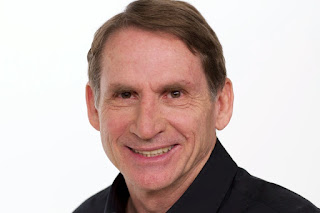 1. Lieu petitions to bring 200,000 Syrian Iraqi refugees this year and votes against the SAFE Act for extended background checks- Dr. Wright is for keeping America safe with refugee safe camps in the Middle East.

4. Lieu withdrew from all 2016 candidate forums / debates (League of Women Voters and Palos Verdes Chamber of Commerce) – Dr. Wright showed up for all the debates and is for true transparency and open communication.

5. Lieu wants to make the beaches from Malibu to Palos Verdes (including Santa Monica) a Federal Reserve – Dr. Wright wants a clean ocean that is maintained and controlled by the local people of L.A. County.

7. Lieu votes to support Obamacare – Dr. Wright wants to replace Obamacare with a system that reduces premiums and deductibles and allows free choice of plans and doctors.

9. Lieu claims the environment is important BUT co-authored a bill (CA ABX381 to bypass environmental regulations in order to build a stadium. The developer donated $13K to his campaign. Dr. Wright believes in integrity and honesty.

10. Lieu has missed 10.2% of congressional votes which is much worse than the median of 2.3% - Dr. Wright takes responsibilities seriously- he shows up. 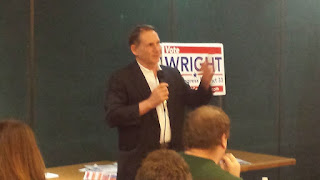 
VOTE FOR KEN WRIGHT FOR CONGRESS!
Posted by Arthur Christopher Schaper at 3:42 PM