Despite the blowback from the press, and the rancor of his opponents. Trump has begun building bridges and restoring relationships with the GOP Establishment and the Never-Trumpers who had built a wall against his candidacy over the past six months.

He invited South Carolina Governor Nikki Haley to Trump Tower, then nominated her to be the United States Ambassador to the United Nations.

He has also invited former rivals to his executive team, including Dr. Ben Carson.

There is one meeting which Trump has held with a former rival that is disconcerting. 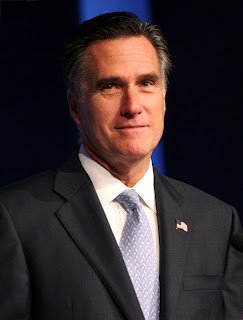 The 2012 GOP Presidential nominee utter some of the most vile, slimy attacks against Donald Trump.

On the other hand, if we make improvident choices, the bright horizon I’ve described will not materialize. And let me put it very plainly. If we Republicans choose Donald Trump as our nominee, the prospects for a safe and prosperous future are greatly diminished.

The stock market has rallied, oil prices have lowered, violent national actors in the Middle East want peace, and companies are opening in the United States. Sorry, Mitt, but we are already prospering, and Trump has not yet been sworn in!

Look, his bankruptcies have crushed small businesses and the men and women who work for them. He inherited his business, he didn’t create it. And whatever happened to Trump Airlines? How about Trump University? And then there’s Trump Magazine and Trump Vodka and Trump Steaks and Trump Mortgage. A business genius he is not.

This coming from the guy who had prided himself on closing down businesses: “I like firing people.”

His simplistic, ignorant take on Trump’s foreign policy was beyond the pale:
Now let me turn to national security and the safety of our homes and loved ones. Mr. Trump’s bombast is already alarming the allies and fueling the enmity of our enemies. Insulting all Muslims will keep many of them from fully engaging with us in the urgent fight against ISIS, and for what purpose? Muslim terrorists would only have to lie about their religion to enter the country.

Like the marginalized liberal media, Romney lied about Trump’s assertion for a temporary ban until “we can figure out what the hell is going on.” Other countries had already erected fences by then.

His remarks garnered criticism from Republicans throughout the country, including the now-retiring Chairman of the Los Angeles County Republican Party, Mark Vafiades.

Aside from his arrogant denouncements during Election 2016, Romney has been an Establishment shill since … whenever.

He was a milquetoast when he ran for President in 2008, although he had a better record the centrist irritant John McCain. Tom Tancredo endorsed Romney when his own failed Presidential bid fizzled in Iowa. The former governor of Massachusetts was a weak choice, though.

Four years later, Romney was the weakest of front-runners.

No one could ignore his blue print for Obamacare.

His record in Massachusetts was purplish at best, and outright socialist.

Certainly, he was better than Obama, but he did not enliven the hearts of Republican voters.

He was a real turnoff, and millions of conservatives stayed home.

Instead of acknowledging that his apologizing, smarmy go-for-the-bronze streak was a big failure, he doubled-down on the Second-place power struggle.

The GOP Establishment does not want to fight. The just want to hold onto what they have, and protect their interests at the end of the day. Throughout Middle America, though, voters are seeking elected officials who will protect their rights, secure their borders, and stop the unfair tipping of the hand in government toward the well-connected.

They are tired of big corporations getting the bailouts.

They want a populist President who thinks that they American people are popular and deserve more praise.

Romney slapped them all in the face when he disparaged Trump in a savage speech.

Sure, Romney rescued the 2002 Winter Olympics, and his tenure in Massachusetts was so-so. But two times he ran for President, and lost. Sorry, Mitt, but the American People already told you “You’re Fired!”
They were right to ignore him this year.

And they don’t want to see him for four more years as Secretary of State in the Trump Administration.

No one was listening then, and Trump should not even be looking at him now.

Romney the technocrat could be a good bureaucrat. But his turncoat ways from Massachusetts Governor to two-time Presidential nominee are a total turnoff.

Does anyone believe him when he talks? He is the full-on Romney-bot.

Donald Trump should see his appointment has a raw deal, and just say “Not interested.”

The nation's Secretary of State needs to demonstrate consistent and caring resolve, before friends and enemies. foreign and domestic.

A plutocrat is not the best face for the party. A high-minded official who understands the nuances of foreign policy, yet who will also stand up to any nation trying to undermine our standing, must hold the job.

Is there a candidate with the sheer resolve of Condoleeza Rice?

What about the integrity and oratory of William Jennings Bryan?

How about someone who will speak freely yet with a fit mindset?

Romney does not meet that standard.

He back-stabbed his party, and his fawning praise for Barack Obama's abortive Middle Eastern policy should disarm anyone leaning toward a Romney administration for the Department of State.

This man does not stand and fight. He holds back, chokes, and then laments his lack of courage, while blaming his team-mates for doing too much.

Romney for Secretary of State would be a real let-down, rather than making American great again.

He would be a poor representative for the American people.

Donald Trump should have said to Romney "You're Fired!" before even inviting him to Trump Tower.