Dan Walters of the Sacramento Bee makes some good points.

However, if Republicans insist on following his advice, they may find themselves remaining forever in the minority in California.

Yes, the demographic shifts have been significant.

But if Republicans except to be competitive, they need to change their inner workings and their ground game. Giving up on their principles will only alienate their base and turnoff prospective voters.

It's as simple as that.

Demography, it’s been said, is destiny – and the outcome of California’s election this month proves it again.

Yet across the country, Trump demonstrated otherwise, winning more of the black vote and the Hispanic vote than Romney in 2012. In spite of the government-backed brainwashing of the Obama Administration, more Americans--yes, they are Americans--are not going along with the identity politics. They are looking for politicians who care about principles.

California’s political evolution over the last four decades, from a mostly red state to a purple state and finally to a very blue state, corresponds to its powerful demographic trends, driven largely by equally powerful economic forces.

Is it economic or demographic? Can it really be both? Not really sure about that.

During that period – spanning Jerry Brown’s two governorships and four others in between – the state’s economy moved from industrialism to a post-industrial mélange of technology, trade and services.

Let's think about this model.

What enabled this change? The anti-business, anti-manufacturing policies discouraged energy exploration and construction. The anti-business agenda which continued to jack up taxes and fees while doing nothing to improve the legal and ethical structures within California also discouraged business growth.

The shift away from manufacturing did not happen as a result of creative destruction through the free market, but rather through the unnatural selection of winners and losers by political force and government fiat.

Those changes, plus California’s location on the Pacific Rim and adjacent to Mexico, spurred a massive influx of immigrants from other nations and a new baby boom that increased its population by more than 75 percent. Once overwhelmingly white, California became overwhelmingly nonwhite, with Latinos now the largest single ethnic group.

The mere proximity to an ocean or another country does not necessarily bring in migrants.

The lax enforcement of our borders, coupled with an expanding welfare state, enticed illegal immigration to California.

But there’s more to California’s demographic evolution than simple ethnicity. Its reputation for social tolerance and upward mobility also made the state a magnet – or a haven – for those of all ethnicities, genders and cultural inclinations seeking new beginnings.

I am not sure how Walters would classify Ricardo Lara's attempt to shut down Christians colleges with SB 1146. That legislation was pure intolerance. 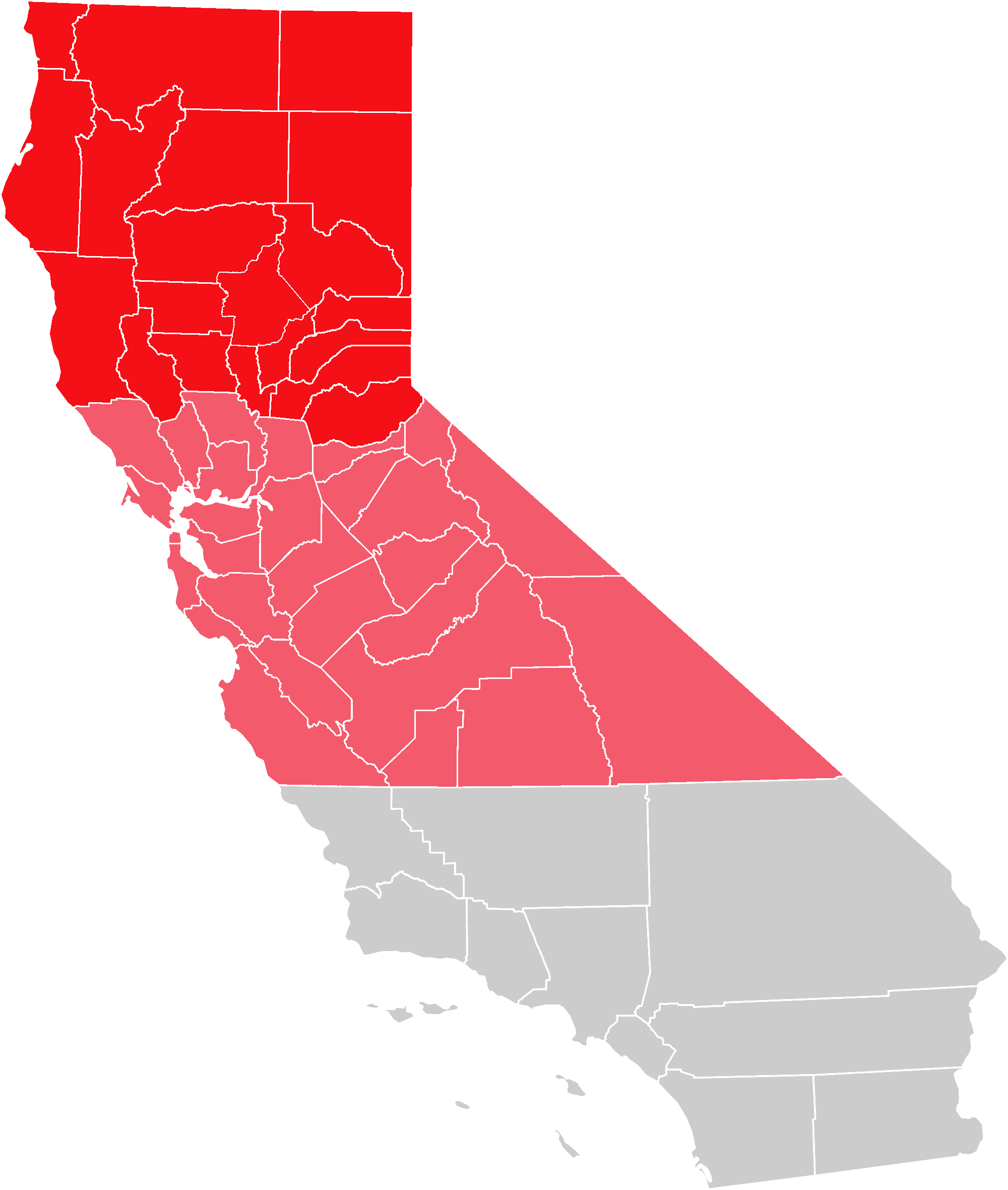 This upward mobility has blessed the politically well-connected as well as the limited Silicon Valley skill-set. What about San Bernardino? What about Apple Valley? Clovis? The San Joauin Valley?

Meanwhile, the decline of its industrial economy – exemplified by the collapse of Southern California’s aerospace industry – plus high living expenses hollowed out its middle class. The state now loses more people to other states, Texas particularly, than it gains from domestic migration.

Indeed, the collapse of aerospace did hurt Southern California, specifically the South Bay, which was once a ruby red section of the Golden State, teeming with well-reasoned technocrats who paid attention to facts and figures, not flights of fancy or feelings.

The changes are visible almost everywhere in California, but most dramatically in Los Angeles County, home to more than a quarter of the state’s population.

What else has happened in Los Angeles County?

Los Angeles, once neutral in highly contested statewide elections, shifted to the left in the 1990s as hundreds of thousands of displaced aerospace workers and their families sought employment elsewhere for their skills and Southern California became the destination of choice for the powerful flow of immigrants, legal and illegal.

ILLEGAL, not legal. Let's make sure that the difference remains clear.

The dramatic political change in the huge county, institutionalized by an immigrant-centered union movement, tilted the entire state, as a deep dive into political history demonstrates. And it was accompanied by an intensified leftward shift in the already liberal San Francisco Bay Area, including suburbs that had traditionally voted Republican, and other coastal regions.

Wow, I could be writing for the Bee.

The state’s Republican Party, meanwhile, failed miserably to adjust to the new demographics. It continued to trumpet themes, such as strident resistance to the undocumented immigrants that had become integral to the post-industrial economy, that alienated not only Latinos and other nonwhite communities but younger, well-educated white Californians as well.

"Undocumented immigrants." Really? Walters just wrote about "illegal immigrants" in the above passage, but now wants to play politically correct. Notice that there is no mention of the corrupt and biased media indoctrinating the reading public to go along with this liberalized nonsense.

How about the terrible education system which has gone from bad to worse because of Big Labor bullying? This disaster falls fully on the California Teachers Association, the most power special interest in Sacramento. Notice that Walters neglects that overpowering monster of California politics.

There is some truth to Republicans missing the demographic shifts, in that Republicans have gotten lazy. Being the land of Reagan will only get a political party so far. But this complacency can affect any political party. Look at what happened in Wisconsin and Michigan. The Democratic Party in those states were convinced that their reign over the Rust Belt would never wane.

California’s voting outcomes this month, so starkly contrasting with national trends, directly reflected social currents of the past four decades. Democrats from Hillary Clinton down swept the state, and voters passed several liberal ballot measures, including taxes on the rich and legalizing recreational marijuana.

Republicans did not vote in decent numbers. Prop 14 has eroded the power of political parties, all while championing the business and labor interests out for their own ends, ignoring the long-term damage to the wide class of voters who pay for everything,

It was a high-turnout election, and an exit poll of voters by the University of Southern California and the Los Angeles Times found that just 56 percent were white, down about 20 points from just a few elections ago. Latinos had climbed to 24 percent, twice what they were just a few elections ago, and voters of every ethnic group favored Clinton over Donald Trump.

This still has nothing to do with race. It has to do with the class of candidates, and the economic stagnation which Americans were tired of.

The die has been cast. Demography is, indeed, political destiny.

Demagoguery is destiny, if We the People don't step up and fight back.

Destruction of our culture is destiny, if voters, taxpayers, business owners, the Silent California Majority do not push back against the Bay Area arrogance of San Francisco.

This is not about the color of people's skin or the language that they speak.

What matters is the culture fostered by the government, and how much the citizenry will tolerate.