November 17, 2016--My Re-Election Speech to the Beach Cities Republicans

My name is Arthur Schaper, a long-time resident of Torrance, CA and life-long conservative citizen. I am also a nationally recognized writer, blogger, radio guest.

Last year, you gave me another title: President of the Beach Cities Republicans,

I have been in contact and worked with the Beach Cities Republican club since 2011, when I became more politically active.

I am glad that today, he is history, and we have a new Republican President—Donald Trump—who will help Make America Great Again.

Since my tenure as President, the following things have occurred.

1. Locally elected Republicans have attended our club—whom had not attended in the past.

2. More Republicans have been elected to local office, especially the candidates we supported were elected to Torrance City Council. 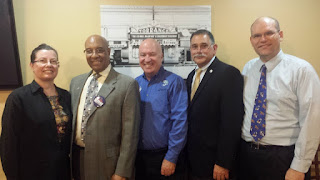 2. Activists from throughout Southern California have shown us how they stand up to bullies like Big Government. Many of you have become activists with me, confronting elected officials. W have the power and we are flexing our muscles!

3. I invited a number of volunteers from throughout the state came down to the South Bay to help David Hadley, and it is my only regret—that he lost re-election. 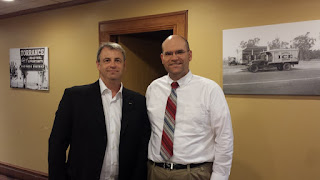 4. Well-known and recognized conservative authors and artists like Kurt Schlichter of Townhall and now Pulitzer prize-winning cartoonist Michael Ramirez have attended our meetings as featured guests. I have more featured guests coming soon, based on strong contacts which I have lined up over the years. 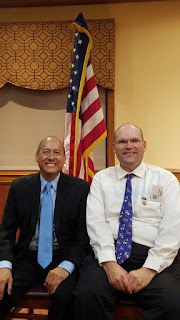 5. We hosted one of the first US Senate debates here in this room.

Not only I have worked on a number of campaigns, pushing for more victories at the local as well as the state level, but so have many of you!

To this day, I remain friends with local and statewide elected officials, including CAGOP Chairman Jim Brulte as well as our National Committee Representatives Shawn Steel and Harmeet Dhillon.

6. Add to the successes of prior leaders and advance their goals. David Hadley made the GOP effective again in the South Bay. Evan Chase has enhanced our connections with local communities and networks. I want to strengthen our political campaigns and long-term goals.

I love this job, and I want to stay. 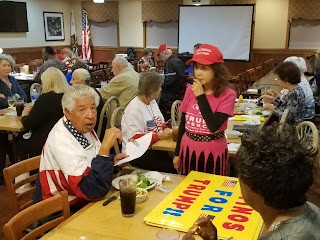 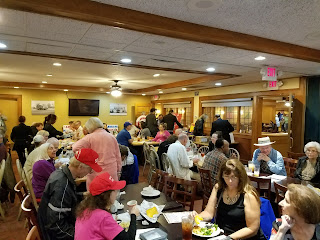 I look forward to reaching out to more Republicans, helping them run for office, and ensuring that our voice and values do not diminish, but expand. I look forward to seeing more Independents and Democrats realize that they actually share our values and should join our cause.

This election will also give us the chance to continue the grassroots conservative uprising which Trump has started.

It is a real honor to see this office contested two years in a row. It means that we are making an impact. I cannot tell you how many attacks and upsets I have had to deal with in the last three months. 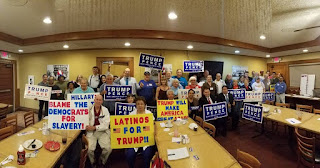 As a leader, I have stood up for our right to assemble and have voice. We should not lose that

Now why am I running again. I want everyone to feel safe knowing that they can voice their opinions and expound their conservative views without fear of what the media or party leaders may say or do.

1. We need to fight the Big Green Agenda, working with Tracy Hopkins
2. We need to concentrate our efforts to end the abuses of public sector unions in our state, I will be meeting with key plaintiff Rebecca Friedrichs
3. I also want to keep you informed about what is going on in the state, and even in our county party, so that we can have the true influence in our cities and in our state as a whole

And remember – it’s not wise to switch horses mid-stream!

Join with me! Let’s Make the South Bay, California, and America Great Again! 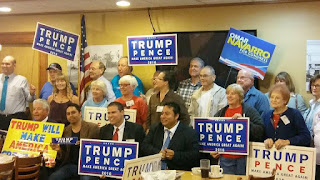 Re-elect me your next Beach Cities Republican Club President!
Posted by Arthur Christopher Schaper at 3:09 PM