Ugly campaigns are nothing new to the South Bay, unfortunately. I covered the congressional race that pitted Robert K. Dornan against Gary Familian in 1976. The mudslinging was particularly intense, fueled by more than $1 million in campaign expenditures, a record for that time. Familian linked Dornan to the KKK and alleged he was a wife beater; Dornan responded by filing a libel suit. It always struck me how even the nicest candidate could resort to really ugly behavior in the heat of a campaign. I once asked Jim Brooks, who managed his wife's campaign against Jane Harman, why they resorted to negative tactics instead of sticking to policy debates. Negative campaigning works, he replied. -- David Hunt

This comment above piqued my interest about Congressional politics in the South Bay.

I found it underneath the article about me and members of the Beach Cities Republicans when we went after Al Muratsuchi and his Big Green liberal cronies following a contentious debate. We tried to confront him on his liberal lunacy and the terrible lies that he printed about Assemblyman David Hadley in the last two months of mailers stuffing everyone's mail boxes.

This Dornan vs. Familian race was particularly riveting.

Following another search, I found a number of articles covering this race.

Why was it particularly interesting to me, though?

1. Robert "B-One Bob" Dornan the fiery, outspoken conservative, actor, and radio host was running against a well-connected Democrat. I'm a fan of Bob Dornan, and was pleasantly surprised that he represented the Torrance area at one time!

2. The contest was an open seat, the first time since 1962. Alphonzo Bell, who had headed the Republican Party of Los Angeles County, retired from the seat to attempt a US Senate bid. Bell would lose the primary to S. I. Hayakawa, who would win the seat in the general election.

3. It was the Westside seat, where Henry Waxman was trying to work his political machine with UCLA friend and fellow graduate Howard Berman.

4. This race was tied to the campaign events I was engaging in against Al Muratsuchi in my club's efforts to help David Hadley's re-election bid.

Then I found this incredible blog which featured the efforts and exploits of the Young Republicans and the Los Angeles County Republican Party from the late 1970s and the early 1980s!

In the late 1970s, Torrance was divided into three Congressional Districts. 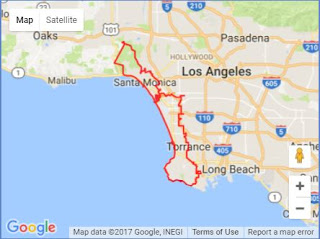 Here's the close up of the parts of Torrance which fell within the district's boundaries: 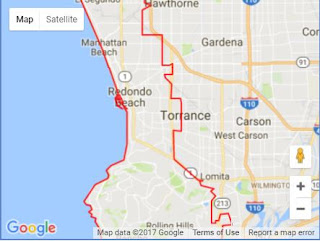 Election 1976 was one of the most expensive on record for its time.

Notice that even though the Democrat outspent Dornan, he still lost!

Here's some information from the Rancho Del Cielo blog about that race:
It was the late summer of 1976 and I had previously returned from the 1976 Republican National Convention in Kansas City, Missouri. I attended as a California Ronald Reagan Delegate. Unfortunately, Reagan lost the GOP nomination by a whisker to President Gerald Ford.
Following the convention, I devoted my time working in the Paul Bannai (for re-election to the state Assembly) and Robert K. Dornan's campaign for congress against Gary Familian.  I was 2nd V.P. of the Los Angeles County Young Republicans at the time, so I, at least, had some official party standing (to a degree).
The Dornan Campaign set up a "Youths For Dornan" campaign group and a photo session to publicize the organization was scheduled.  I enlisted Frank into the group (it didn't take much persuasion as Frank was a Dornan fan anyway) to take part in the campaign and photo shoot.We met at Dornan's campaign headquarters to do the shoot.  The accompanying two photos are from the photo session.  I was 22 at the time and Frank was 18.

Dornan went on to win the seat in Congress. When President Jimmy Carter (who defeated Ford in the 1976 general election) decided to kill the B-1 bomber program, Dornan led the outrage over the action ("They're breaking out the vodka bottles in the Kremlin!"). He gained the nickname of "B-1 Bob."

Delving into Congressional history in the South Bay has become increasingly intriguing and rewarding.

I will be editing and updating this blog in the next few months as I gather more information.