Even though Torrance had been represented in Congress by Republicans for the great part of 60 years, all of that changed in 1932.

Predominantly the failed policies of the Herbert Hoover administration, which were only made worse under Franklin Delano Roosevelt.

The socialist--New Deal movement would grant Democrats unprecedented power in Washington DC for the next 20 years.

Add to that the fact that a massive reapportionment led to California receiving nine more Congressional seats.

California would turn into a swing state following the 1930 census and reapportionment.

Republicans would still win seats, however.

Congressional seats moved around considerably, and Los Angeles County got chopped up into even smaller pieces.

Check out what happened to Torrance:

The new district embraced Palos Verdes, the LA Harbor, the Harbor Gateway Carson all the way up through Inglewood to South Los Angeles.

the region has retained its Democratic veneer in that section of Los Angeles County to this day.

Charles Colden, a member of the San Pedro Chamber of Commerce and a key mover and shaker to bring in San Pedro to Los Angeles along with the Port of Los Angeles, won the seat.

Notice how incredibly Democratic the seat had become!

His seat would be filled in the election that year by Lee Geyer of Gardena, CA. 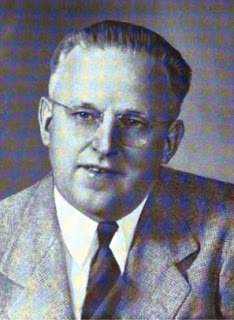 Lee Geyer would also die in office, and in a special election, Cecil King would take his place.

More on him in the next blog.