State Senator Andy Vidak (R-Hanford) has called out the Deep State of Sacramento's deeper scam when it comes to Cap and Trade. 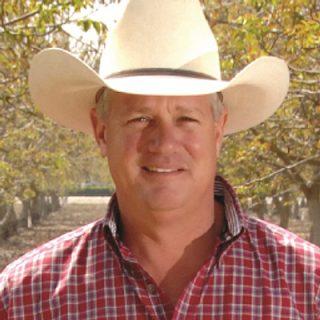 Check out his press release below:

CARB member Florez says "get something passed, and then work for aggressive regulatory actions"
Monday, July 17, 2017
Sacramento – Senator Andy Vidak (R-Hanford) today reacted with mild surprise that Cap & Trade backers are already planning to end run the Legislature by going along with the current extension plan only to force through more heinous regulations administratively.
“Wish I could say I was surprised,” said Vidak.  “But all along the Governor and his appointees have really wanted to enact harsh regulations on small and medium sized farms, businesses and oil outfits.  The ‘extension’ of Cap & Trade is really just a fig leaf covering up their ugly plan of deception.  Unfortunately, many lobbyists for big business, and even some legislators, seem to just be whistling past the graveyard.”
In Sunday’s edition of “The Nooner(link is external),” a deceptive plan was revealed by former Senator Dean Florez, who now sits on the California Air Resources Board (CARB).  In the plan, Florez is urging liberal Cap & Trade opponents to support the extension as is and then come back to CARB to get what they really want – full “Command and Control” authority.

For this issue, it's time for all Republicans to stand strong against the bullying of the Big Green Left and their lobbyists.
California legislators must respect the needs of Californians, not the liberal handlers and special interests of the Deep State of Sacramento.
Posted by Arthur Christopher Schaper at 2:48 PM