Claremont: A City So Left-wing, the Churches Don't Believe in Jesus

I have recently exposed the perverse Claremont Courier, which was hell-bent on smearing We the People Rising.

Why did the paper intend to attack WTPR?

Because the mailing address/headuarters for the activist group is based in Claremont.

They most likely want to do everything they can to chase out this pro-American, pro-immigration enforcement group. 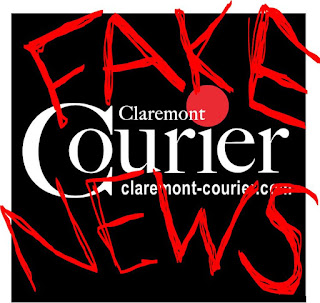 It's hard for me to believe, but indeed Claremont is like the San Francisco of the San Gabriel Valley, Upland area.

Much like Culvery City, the community is populated, overrun with leftists who want to "make the world a better place", even though they have no means other than their demented ideas and massive amounts of wealth.

Claremont is so liberal, that the churches don't believe in Jesus.

At least they do not read the Bible or take God at His Word in His Wor.d

Check out this editorial in the local paper the Claremont Courier, the same Courier that attempted to publish a hateful hit piece against We the People Rising:

The United Churches of Christ are hardly Christ like. They are apostate, anti-Christ. They push views and values so out of concert with Biblical revelation, it's just intolerable.

In the United Church of Christ, we have a designation for churches that have publically declared their full inclusion of the LGBTQ community that is known as being “Open and Affirming” (ONA).

Sexual preferences, specifically perversion, is not a community. It's a corruption of the truth. There is nothing affirming about such behaviors, as they kill individuals and decimate communities.

What is the matter with these buildings? They have no adherence or regard for the truth at all.

Usually congregations will gather together at a congregational meeting and take a vote of whether they want to adopt this label. It is a beautiful display of a church’s dedication to being a welcoming presence and it is a beacon of hope to those looking for a place where they can be fully accepted.

Churches should welcome sinners, for all of us were dead in our trespasses, but Christ Jesus grants us grace and a new life, taking us from Adam and placing us in Himself.

How did our society get to the point, though, where churches needed to vote on whether they should include someone? The LGBTQ community doesn’t need a church’s vote of approval to know that they are loved and accepted! And sadly, taking a vote doesn’t truly make a church Open and Affirming.  I’m sure we have met plenty of people of all religious backgrounds who profess one thing but behave quite differently. 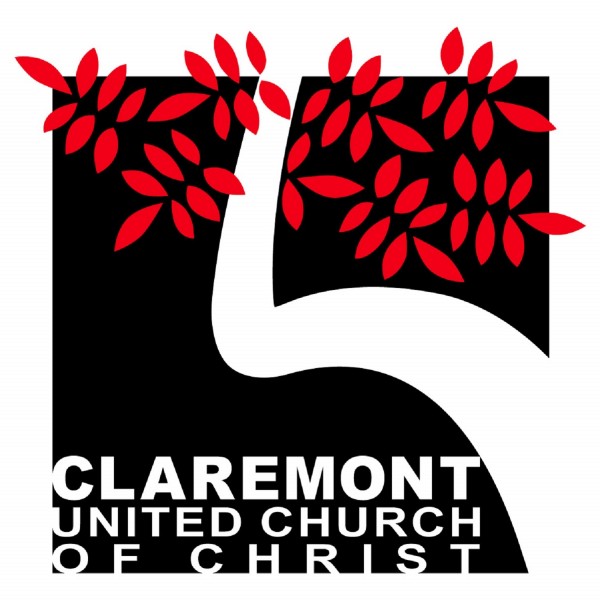 Churches are not called to accept sin and evil as acceptable. We are called to be "called out" from the fallen world, to become citizens of the Kingdom of Heaven and receive a new standing, glorious in Jesus, our High Priest Forever.

I would not be surprised if this church has no knowledge or awareness of "sin", as though there is no such thing.

John the Beloved countered such heresy swiftly in his First Epistle:

7But if we walk in the light, as he is in the light, we have fellowship one with another, and the blood of Jesus Christ his Son cleanseth us from all sin. 8If we say that we have no sin, we deceive ourselves, and the truth is not in us. 9If we confess our sins, he is faithful and just to forgive us our sins, and to cleanse us from all unrighteousness. 10If we say that we have not sinned, we make him a liar, and his word is not in us. (1 John 1: 7-10)


Notice that there is no discussion let alone distinction between good and evil. It's all about euality vs. ineuality. The focus is on acceptance and inclusion, rather than grace and righteousness.

This year our church, Claremont United Church of Christ, will celebrate its 23rd year of officially proclaiming our Open and Affirming status. We are so grateful for everyone who led the way in our church to take a stand to declare God’s love for the LGBTQ community. While we celebrate, we are trying to take the time to understand what that phrase truly means.

Sorry, but God's love is not limited to any one community:

For God so loved the world, that he gave his only begotten Son, that whosoever believeth in him should not perish, but have everlasting life. (John 3:16)

At the heart of any faith should be a recognition that all people are created in the image of God and are therefore of infinite worth. Anything we do to demean or devalue that worth in the name of religion contradicts the essence of what world religions teach about the nature of God.

Adam was created in the image of God, but that image fell when he sinned against God.

From then on, man is born in the image of Adam.


1This is the book of the generations of Adam. In the day that God created man, in the likeness of God made he him;2Male and female created he them; and blessed them, and called their name Adam, in the day when they were created.

Notice that God made Adam in His image.

3And Adam lived an hundred and thirty years, and begat a son in his own likeness, after his image; and called his name Seth:

His son Seth was born in Adam's image.

Man has fallen. The image of God in which man was intended to bear, that image had fallen.

Only then do we go from being God's creatures to being His adopted sons!

"Herein is our love made perfect, that we may have boldness in the day of judgment: because as he is, so are we in this world." (1 John 4: 17)

That's love perfected! That we are taken from being dead in Adam to alive in Christ Jesus!

What could be better than that? As Jesus is, so are we in this world!

Spare me all this silliness about "inclusion" and "diversity." That doesn't mean anything! Who cares? When Daddy God looks at me, He sees His Son! That's how much my Daddy values me!

"For ye have not received the spirit of bondage again to fear; but ye have received the Spirit of adoption, whereby we cry, Abba, Father." (Romans 8:15)

In the Christian tradition, we teach about Jesus, God incarnate, who included everyone. He ignored the rules of his society about who should be accepted and respected and instead went out of his way to include and affirm everyone he met. The idea of being open and affirming is nothing new—it is exactly what Jesus came to teach us!

No, he did not include everyone.

He was ready to reject those who would frustrate His mission.

"But he turned, and said unto Peter, Get thee behind me, Satan: thou art an offence unto me: for thou savourest not the things that be of God, but those that be of men." (Mark 16:23)

But a church like ours might be committed to being Open and Affirming toward the LGBTQ community while perpetuating other divisions we are creating in our constantly more fractured society. Anything that creates divisions between liberal and conservative, black and white, male and female, employed and unemployed, old and young, citizen and undocumented, is only meant to separate us.

What eliminates the divisions? Jesus!

Jesus’ teachings erase these lines and compel us to see people as God sees them—worthy of love and acceptance. This is hard work in our current landscape, but the church must lead the way in breaking down the hostilities (Ephesians 2:14) that exist among us.

The hostilities between God and ourselves were removed by His Son.

The fact that men and women still embrace homosexuality and transgenderism as acceptable behaviors are so far gone from the truth:

"26For this cause God gave them up unto vile affections: for even their women did change the natural use into that which is against nature: 27And likewise also the men, leaving the natural use of the woman, burned in their lust one toward another; men with men working that which is unseemly, and receiving in themselves that recompence of their error which was meet." (Romans 1: 26-27)

Homosexual behavior is sin, and transgenderism is a lie:

9Know ye not that the unrighteous shall not inherit the kingdom of God? Be not deceived: neither fornicators, nor idolaters, nor adulterers, nor effeminate, nor abusers of themselves with mankind, 10Nor thieves, nor covetous, nor drunkards, nor revilers, nor extortioners, shall inherit the kingdom of God. 11And such were some of you: but ye are washed, but ye are sanctified, but ye are justified in the name of the Lord Jesus, and by the Spirit of our God.


Homosexual behavior is not an identity; it's a perversion, a destructive behavior

But because of Jesus, who grants us new life and a new standing before Him, within Him, we no longer identify with those dead behaviors.

As we seek to more fully live out our calling to be Open and Affirming, we believe it is faithful to affirm, accept, and bless every single person who walks through our doors. We work hard to make it known that there is room at our table for all.

Open and affirming makes no sense.

Man does not need to be affirmed. He needs to be redeemed.

There is no openness, there is no light, there is no hope and opportunity if we live in bondage to sin, and that includes homosexuality and transgenderism:


We will be celebrating our anniversary of being Open and Affirming on September 17 during our 10 a.m. service. And in case you were wondering, EVERYONE is welcome to join us!

I wonder if men and women who disagree with this message of enabling sin would be welcome to attend as well ...

I wrote in the heading for this post that Claremont is so liberal, that they do not believe in Jesus

I stand by that statement, since whatever Jesus this "reverend" is talking about does not line up with the truth of the Gospel and the gifts of grace and righteousness.

Notice that the writers make no mentions of:

1. Jesus as our High Priest Forever.
2. His blood shed for the remission of sins, the blood which cleanses us from all unrighteousness (1 John 1:9)
3. The New Covenant, in which we live by His grace, not under God's law, which was fulfilled for us at the Cross (Hebrews 8: 10-12)

That is no church. That is a swamp of social justice warrior lunacy attempting to placate the sins and failures of a fallen word.
Posted by Arthur Christopher Schaper at 11:22 AM