Delusional SEIU: Oxnard Did NOT Become a Sanctuary City

The Service Employees International Union has lost its bearings.

The Los Angeles local tweeted the following about the Oxnard City resolution: 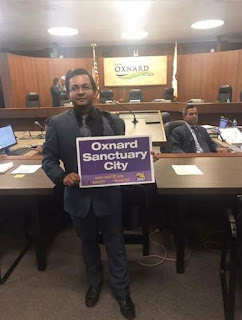 How much clearer could the local papers have been?

Here's the initial headline on the web page for the Ventura County Star: 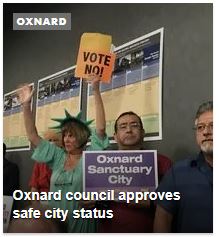 And here's a close-up:

Oxnard is not a sanctuary city.

For the police chief to declare "We do not ask about immigration status" is not a bold declaration, either.

The truth is that state law in place is undermining federal immigration laws, but in spite of that county jails still have the responsibility to ask and report immigration status to the federal government.

There is nothing that the city of Oxnard can do to undermine this effort. None.

But for SEIU operatives to claim any kind of victory is nonsense.

Worst reason why? Carmen Hernandez and Oscar Madrigal would have supported that heinous resolution, but McDonald and Perello would not. It would have failed for the lack of votes. Notice also that MacDonald drew up a third resolution, hastily written with no chance for the audience to review it.

That alone should motivate voters in Oxnard and throughout Ventura County to file a formal complaint against the city council and demand that the Safe City resolution be rescinded.
Posted by Arthur Christopher Schaper at 4:05 PM