Alabama Special Election 2017: Who Will Enter the Run-Off?

A special election is looming in the Cotton State.

Jeff Sessions' appointment to Attorney General opened up his seat.

The current interim US Senator, Luther Strange, was serving as State Attorney General.

The details surrounding the decision for then Alabama Governor Richard Bentley are shrouded in controversy ... and allegations of corruption.

On February 9, 2017, Gov. Robert Bentley (R) appointed Alabama Attorney General Luther Strange to the U.S. Senate following former Senator Jeff Sessions' confirmation as U.S. attorney general. Following his appointment, Strange denied that the attorney general's office had an ongoing investigation into Bentley related to allegations the governor had misused state funds in order to cover up an affair with adviser Rebekah Mason. "I want to make this clear because I think there have been some misconceptions," Strange told the media. "We have never said in our office that we are investigating the governor. I think it’s actually somewhat unfair to him and unfair to the process."[27][28]
Attorney General Steve Marshall, who succeeded Strange on February 13, 2017, announced his recusal from an investigation into Bentley's conduct on February 15. This announcement confirmed the existence of an investigation by the attorney general's office, contrary to Strange's denial earlier in the month.[29] On April 10, 2017, Bentley resigned as part of a plea deal, after being charged with two misdemeanors related to campaign finance violations.[30][31]
A looming degree of scandal forced Governor Bentley to resign, and it's become clearer by the minute that theformer Governor appointed the Attorney General of the state to dissuade or slow down any investigations into wrongdoing. For the record, the governor had had an inappropriate relationship with one of his staffers. Recordings of his compromising talk with this staffer went public.
Ouch!
Notice that the new Attorney GEneral had to recuse himself, which indicated that Strange was investing Governor Bentley's conduct as Alabama's chief executive. That's pretty uestioable, if not corrupt, for the Governor under investigation to then appoint the chief investigator to another office.
Besides, it had little effect protecting the Governor, since Bentley later resigned.
Strange has an aroma of corruption around him already.
So, who's running against him for the GOP nod? 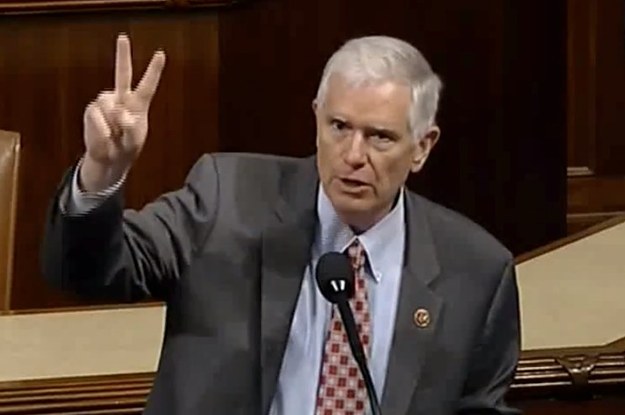 1. Congressman Mo Brooks.
This man is concerned a full-on, free market, hard core conservative. He submitted a one sentence bill which would repeal the Affordable Care Act. He is a vocal critic of the Export-Import Bank, and he is not afraid to speak the truth about the nation's excessive dependence on federal entitlement and safety net programs.
He is a thrilling rock star to the GOP base. 2. Former Chief Justice Roy Moore.
Many social conservatives were hoping that President Trump would nominate Moore to replace Antonin Scalia on the Supreme Court. Moore has been a staunch defender of this country's God-given rights and heritage. His ascension to the US Senate would affirm a similar path to Jeff Sessions, who served in elected office--as Alabama's attorney general then US Senator--following his fail bid  for the Alabama Southern Federal District Court.
Moore was removedin 2001 as Chief Justice for refusing to remove the Ten Commandments from the Courthouse. Nevertheless, he was re-elected as Supreme Court Justice in 2013, but was removed again for his refusal to direct lower court judges to issue marriage licenses to same-sex couples in line with the corrupt Obergefell v. Hodges decision from SCOTUS.
Moore is as anti-establishment as it gets, but Brooks has demonstrated reall savvy and conservative acumen as a sitting House Rep. Either one of those candidates would be better than Strange, in my view.
When is the primary? August 15? When is the run-off for each party's primary if no candidate gets a simple majority? September 26th.
The final general election will take place December 12, 2017.
It should be interesting--but it's a sure win for the Republicans, no doubt.
We shall see. Roll Tide!
Posted by Arthur Christopher Schaper at 9:21 PM