Where Was Torrance in Congressional Politics? 1943-1953 CD 17 (Total Democratic Dictatorship)

Once again, an incumbent passed way before the next Congressman took his place.

The California Delegation increased by another three seats

Lee Geyer died in office, just like Charles Colden before him.

Here's a snippet of his obituary, published in the Palos Verdes Peninsula News: 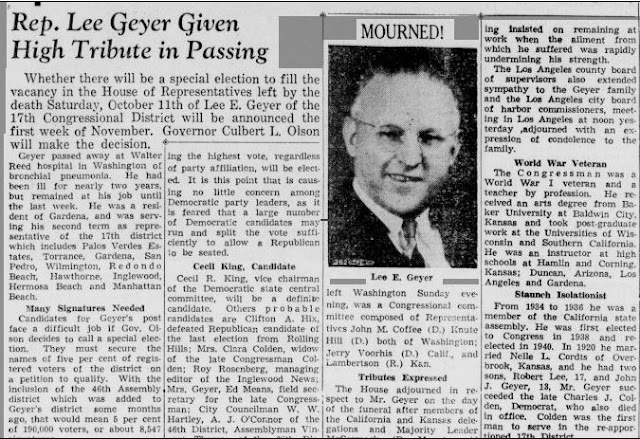 Who would take his place?

Cecil King, mentioned above as the Vice Chairman of the Democratic State Central Committee: 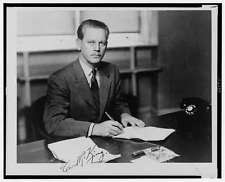 In an even more unusual turn, King ran for the new Congressional District unopposed, in greater likelihood due to his high ranking within the California Democratic Party and his ability to raise money and gather endorsements without difficulty or challenge.

In another horrifying undermining of representative democracy, Cecil King would run unopposed for for Election 1942 through 1950!

Shocking, but this fact does bring into focus how Democrats have managed their dictatorial choke hold on Los Angeles down the Alameda Corridor to the Los Angeles Harbor!

I can't believe it!
Posted by Arthur Christopher Schaper at 3:31 PM