Trump Rally in Phoenix: Live Videos and Photos of Our President

This Trump rally was the first one that I attended.

I am glad that I had the heart change early enough.

He has exceeded expectations, and many goals have been accomplished.

But the vast majority of the promises he had rolled out have all come to pass.

He has vastly exceeded expectations.

At his latest stump speech in the Phoenix, Arizona rally, Trump hammered key issues, the ones which the vast majority of Americans are concerned about:

He is talking about leaving NAFTA. When I realized how bad the deal was for Americans, I saw the need to get out of this terrible program. I can't believe that our President is talking so vocally about these important issues.

I do not recall George W. Bush. his father George H. W. Bush, or Ronald Reagan talking about border security with such animation.

I do know that in 1980, the two Presidential contenders debated as to who would be more compassionate (pro-amnesty) on the issue.

All of that has changed. It's time for our country to take control of our borders.

It's time for our country to take charge and demand that we decide through a proper, legal process who may enter--and who may not.

Also, the President is talking about ending gangs and violent crime. This is a basic issue, and yet it's become a big deal. Gang violence is going down--and we thank President Trump for doing his job.

Here are some key videos from Trump's stump speech: 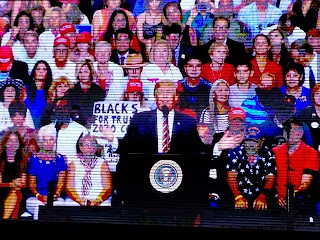 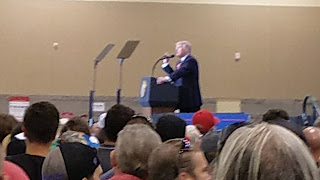 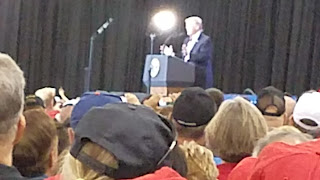 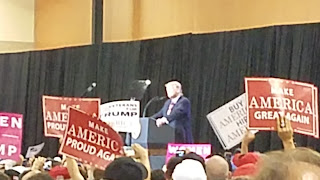 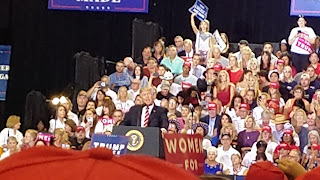 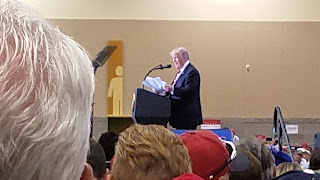 Check out the video clips below.

Then came our President!

Here's a section where he talks about the improving race relations in our country (did anyone notice that two African-Americans were keynote, surprise guests at this rally? At first, I did not notice, because we are all Americans anyway. Then I took note that indeed two wonderful leaders in faith and among black Americans spoke to our diverse rally.

It was BEYOND stunning!

This video contains the best part of the rally.

No holds barred, refusing to be nice, the President laid out how dishonest and outrageous their coverage had become.

He outlined their falling ratings. their lack of honest.

I even confronted BuzzFeed's ever-present anti-Trump reporter. I simply asked her: what do yo think of The New York Post calling you guys ""Fake News"?

She was not too happy to see me or the other Trump supporters in the arena slam her in front of everyone else.

I also gave the press the Finger of Shame! 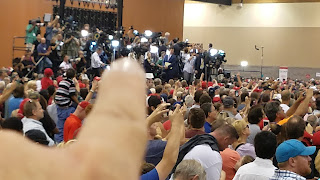 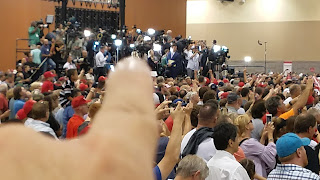 Here are Trump's remarks on national security and illegal immigration.

He also hinted about good news for Sheriff Joe Arpaio, who was unjustly found guilty for contempt of court.

(He's going to get pardoned. Just you wait!)

Trump also talked about his foreign policy triumphs and outlined his reasons for sending in more troops to Afghanistan:

I did not have enough camera space to record the entire rally.

I hope that these live snippets suffice!