The Fake News has turned into Libel News, and they have shown their race-baiting core with the non-stop criticism of President Trump’s response to the Charlottesville massacres. CNN, ABC, NBC, blah, blah, blah repeat the tired refrain about “White Supremacists” bringing violence and doom to every public square. Lies.

The originally-scheduled Free Speech rally had obtained a permit, but city leaders tried to revoke it. Ironically, the uber-leftist ACLU came to the Trump supporters’ rescue and forced its re-instatement. The day of the event, Alt-Let neo-Nazis, aka Antifa, erupted in violence. Within ten minutes the permit was pulled and the Free Speech rally ended before it even began. Who instigated the violence, then? Not the free-speech conservatives, and definitely not the Trump supporters defending our country’s history. Some alt-right fascists and KKK thugs showed up—but they were immediately marginalized and disavowed. Of course, the media exaggerated their relevance to smear the free speech advocates. Perhaps it’s time for another round of lawsuits against corrupt media.

White supremacy is on the wane in this country. The 2016 Louisiana US Senate race made that clear when KKK wizard and felon David Duke crashed and burned (he had been a Democrat for decades). One could argue that white people are facing greater danger and threats to their lives, though. Radio host Larry Elder schooled David Rubin (and me) that white people are more likely to be killed by police than black people. A group of white people gather in a square and declare “White Lives Matter”--why wouldn’t they?

How much longer are we going to endure white people being taunted that they are automatically privileged just because they are … white? That is racism! Kids are learning this anti-white ideological hatred in public schools, too! I witnessed this abuse as a teacher in heavily Hispanic South Gate. Today, Hispanic friends of mine, Trump supporters who have kids enrolled in LA schools, are already counter-acting the hateful “White Supremacy” lies of the Left.

Now comes the real question: When will the media expose “Brown Supremacy”—the militant agenda to enshrine Hispanics as the dominant political and moral force in this country, at the expense of all others. For the two years, I have confronted these fascists. They have punched fellow Trump supporters. They have surrounded and threatened innocent civilians on several occasions to intimidate and harm pro-immigration enforcement activists.

In one heinous incident in Cudahy, CA, they surrounded a vehicle in a nearby parking lot. The driver, retired parole officer and concealed-carry permit holder Tom Green, recognizing a clear and present danger to himself and the four passengers in his car, drew out his firearm and shouted “Back the F—off!” The LA County Sheriff’s overreacted as 20 deputies lined up with rifles. Incredible. Brown Supremacist thugs surrounded an innocent civilian’s vehicle, yet Green gets arrested for “brandishing a firearm.” Unbelievable. In Huntington Park, CA, I was wrongly called out of order, then a member of the audience lied, claiming that I had been out or order prior. This unjust habit of arbitrarily removing protesters is very common in other corrupt city council meetings. This time, I refused to leave; I was arrested. Someone explain “white privilege” to me again.

This reverse discrimination abounds in California. There was no clearer convincing symbol of this Brown Supremacy narrative than a little child holding a sign “Make America Mexico Again” in front of the California Republican Party convention last April. Trump’s victory has only exacerbated this anti-American (and anti-Anglo) animus.

Check out the bigoted remarks from this Chicano at California Attorney General Xavier Becerra’s town hall in March of this year. He gets to talk about driving out “Americans”—and not a peep from the media.

At the UC Riverside Summit held on May 6, 2017, the leader of the meeting declared “This is a Brown Power meeting.” The agenda of Professor Armando Navarro is hair-raising for its brazen bigotry. Watch the whole speech here.

Here’s another smattering of other anti-white, Anti-American from Brown Supremacists in California:

If a white person said “Wetback”, we would be reading about it in the news for two months.

5. “You’re sitting on my land. Show me your papers.” What?! Yes, this crazed woman, who had lighter skin than l, wanted to play the “Brown privilege” card. She claimed that “my people” stole her land. It’s such lunacy, I still wonder why they haven’t been institutionalized.

Even the state press is in bed with this Brown Supremacy movement! 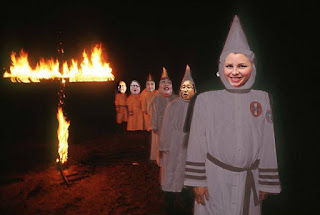 This slanted story from the Sacramento Bee focused on racist attacks against legislators. I pressed SacBee columnist Taryn Luna to explain why she ignored the Brown Power summit in UC Riverside,—and State Senate President Kevin De Leon’s special appearance there. No answer, and no follow-up. Sources inform me that even conservative media like Mike Cernovich will not comment on this disgusting, hateful Brown Supremacy movement. What will it take for other leading media lights to expose this Brown Bigotry?

These Hispanic hatemongers also attack Hispanics for Trump! Listen to the testimony of Latinas for Trump Elsa Aldeguer, Huntington Park resident Francisco Rivera, and others who have been harmed for their bold support for Trump. In stark contrast, check out Silvia Merlos, a hostile, racist bigot leading the “Defend Movement”, lied to a group of children in Huntington Park, claiming that white people were going to deport them. Why would she say such a thing? Because they have darker skin than she, I suppose. 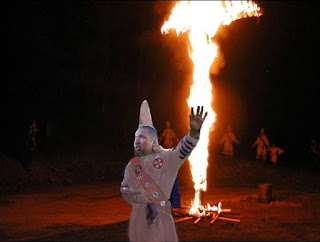 Check out their abuse against little children in the park that night here. It’s just horrifying.

The Brown Supremacy movement is real—and We the People need to confront it. Martin Luther King Jr.’s dream is for everyone—including white people.
Posted by Arthur Christopher Schaper at 11:17 AM