Take the Left's Race Card, and Shove it in Their Faces

Are you tired of hearing about “White Supremacy”? Frankly, I am tired—really tired—of the race card dominating our national and particularly our political discourse. This is beyond childish. To wit, my fellow activists in Los Angeles County for Trump have Jewish, Black, Hispanic, and Asian members. But we still get hammered with “You are all a bunch of white supremacists!” One hateful agitator even claimed that white supremacy is not just about skin color, but ideology! Yes, in their view, men and women of non-European backgrounds can still be white supremacists. Frankly, if I had a black wife, Hispanic children, and Asian parents, they would still call me racist. There’s no opportunity for civil dialogue here. There is no interest in facts or evidence, either. 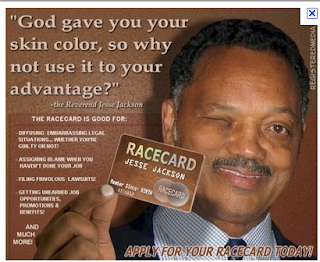 So, why does this perverse distortion of race in America still dominate the media? Why does the Left and the self-defeating Democratic Party continue to play the race card, despite all the evidence among Republicans that we are the most diverse group of politicos out there? Left-wing activism is all about silencing people. That has been the goal of the Left since Saul Alinsky. They cannot debate, reason, or convince. They have to denounce, race-bait, and con people. That’s all they have.
Great, I’ve outlined the argument, but what’s the solution? How do we “trump” the race card, especially since it’s non-stop on the media?!

So, Step One: don’t stop speaking.

If their goal has been to silence the right, they have failed massively. Donald Trump’s election win is the cherry on top of the conservative counter-revolution and restoration. Just keep making your point when they play the race card.

Step Two: Ask them pointedly: “Why am I racist?” or “Why do you say that I am racist?”

Put the burden of proof on the haters. When they stammer to answer you—as they will, since they are brazenly lying anyway--you catch them in their own devices and utterly humiliate them. Don’t be afraid to ask the question—they don’t have an answer, but you can provide your own rebuttal: “Doesn’t that make you racist, then, to play the race card in the first place?”

Step Three: Call them out for ignoring the actual racism in their own ranks.

In one sanctuary city, they declared themselves a “safe space” for Muslims. But two of my fellow Trump supporter activists are Jewish, and they were both thrown out of their meetings. I demanded that the city council declare their city a safe space for Jews—calling out their racism.

This goes for the media, too. One activist taught me to stop answering reporters’ race-baiting questions as though I had to defend myself. Instead, hammer them for ignoring the overt, racist agenda of elected officials and their ethnic identity activists. It’s pretty effective, actually. Go beyond rejecting the premise of the question. Call out the media for their willful color-blindness to the history of racism among Democratic lawmakers. I especially love confronting Spanish-language media for calling conservatives “anti-immigrant”. I have chased off at least three reporters with those confrontations, and they don’t come back!

Step Four: Reject guilt, especially for white people, the white guilt variety. I wear my MAGA hat with pride. Leftists love to bait me with “When was this country great before?” as though it never was, and often it has a racial tinge to it. A few answers: “When 600,000 white people died on fields of battle to end slavery.” Are they Hispanic? I mention Admiral David Farragut, the Admiral who defeated the

South—the first Hispanic-American to head the navy, appointed by Republican Abraham Lincoln. I talk about Cesar Chavez—yes, that guy—who organized labor and fought illegal immigration, too! Are they Asian? I mention Republican presidents Reagan then Bush 41, who signed off on reparations for Japanese-Americans, many of whom were interned by a Democratic President, sanctioned by a Democratic-dominated Supreme Court. I further point out that blacks went from 0 to 50% literacy in a generation because of Republican activism in the post-bellum South, and that the number of black Republicans registered and in office is exploding today. How about that?!

Step Five: Call them on their explicit use of the card to cover up their lack of principles. This failure occurred among US Senate Republicans in 2009 during the confirmation appointment of Sonia Sotomayor to the Supreme Court. They should have pointed out that Obama nominated her only because she was a “Wise Latina” with no discernible judicial philosophy. You know what that’s called? Racism. Then Republicans can easily remark: “We agree with Martin Luther King Jr.—and we want to judge all nominees by the content of their character, not the color of their skin.” Stop denouncing racism in general, then say nothing afterwards. Talk about race, and show that you are more educated about it.

Step Six: Start scolding leftists on other issues and connect it to race! 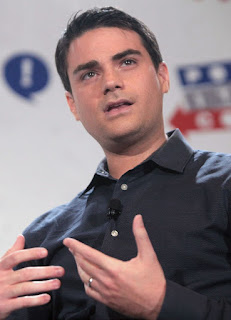 Tell Democrats: “So many black/Hispanic/Asian/White families in your district are poor! Why don’t you want to improve the quality of their lives?” Ben Shapiro masterfully crushed Piers Morgan with this tactic, asking him first why he did not support an all-out handgun ban: “Don’t you care about the black and brown kids in Chicago?” Do they really think that black and Hispanic voters are that stupid or incompetent that they cannot provide ID? Lots of black folks responded to his query that they possess different forms of ID. Leftists also demonize the hard work and integrity of Asian families, convinced that racial quotas should drag down their margin of success in college admissions.

Step Seven: Recite “The Democracy’s” history of racism—from slavery to Jim Crow to socialism, including LBJ’s invidious discrimination against blacks. Remind them that Hillary Clinton called one of his Jewish campaign staffers “kike” and black people “super-predators.”
Just for fun, throw in the fact that you agreed that Bernie Sanders got robbed, and the race card will not get played anymore.
Posted by Arthur Christopher Schaper at 8:59 PM