Chaos: Illegal Alien Huntington Park Shuts Down, Pushes Out Everyone from Latest Meeting

Just a reminder to everyone.

The Huntington Park City Council is losing control of their own meetings.

They have thrown out law-abiding citizens in the past for doing ... nothing.

When we served Karina La Korrupta and the rest of his corrupt council colleagues with recall papers, she repeatedly interrupted me:

Then check out what Wes Parker did when Karina discriminated against us and would not allow him to have fellow speakers stand with him:

But they allowed nearly the entire audience to speak on any non-agenda item:

They call snap special meetings at the last minute, like what happened

They had me arrested when I had done nothing wrong, and there was no evidence of my disrupting the meeting in any way.

Then during the July 5th, 2017 Huntington Park meeting, they were willy-nilly calling people out of order.

And we called them out on it!

Now their own police force is harassing innocent civilians, and the city council pushes everyone out of the meeting.

Check it out for yourself:

Everyone was forced out of the August 8, 2017 City Council meeting.

Nothing happened that would justify them pushing everyone away.

tWe are seeing the disintegration of law and order within Huntington Park, the same city which defied federal law appointing two illegal aliens. 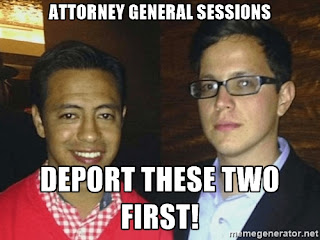 They can't hold it together anymore.

How much longer will this lawlessness last? Even the corrupted Sergeant-at-Arms Joseph Settles will  not govern the meeting anymore.

At the last meeting, they stationed seven police officers! SEVEN!

And they still cannot maintain law and order.

Residents in the city have shared with  me their deep fears and concerns.

They have lost hope. They want to see real change, but the people who have all the money have all the power, and they are using everything to enrich themselves at the expense of the poor, hard-working residents.

It's disastrous, but their time is coming. They are losing money from the federal government. The city's immense liability has gotten worse, and it looks for all intents and purposes that the city will go bankrupt.